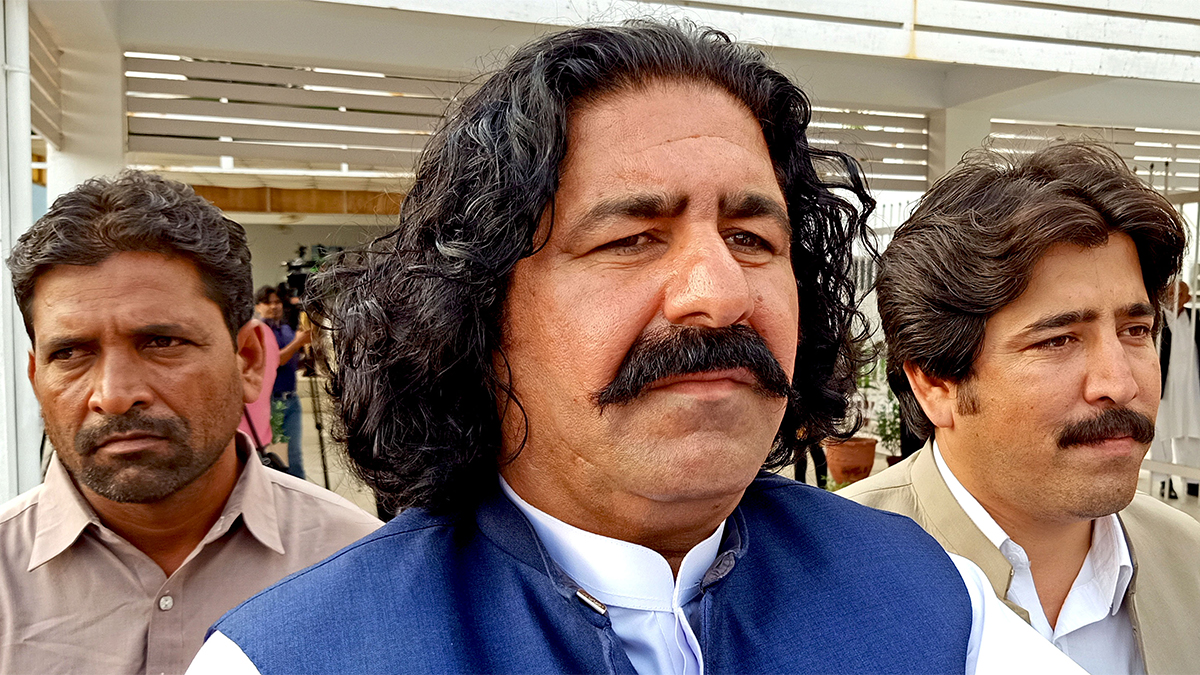 In connection with the sixth sedition case filed against him over two years ago, the Charsadda (Khyber Pakhtunkhwa) police questioned South Waziristan MNA Ali Wazir in the central prison here on Thursday.

In response to a request made by Inspector Ghulam Ali of the Parang police station in Charsadda, Karachi’s two antiterrorism courts (X and XII), the Charsadda police were authorised to arrest him.

The MNA was the subject of a FIR filed against him under Sections 120 (concealing design to commit offence punishable with imprisonment), 153-A (promoting enmity between different groups, etc.), 121 (waging or attempting to wage war or abetting waging of war against Pakistan), 121-A (conspiracy to commit offences punishable by Section 121), and 124-A (sedition) of the Pakistan Penal Code.

The incident was reported after SHO of the Parang police station Gul Malik Khan said that Khan had spoken to a crowd at the Pashtun Tahafuz Movement event in Charsadda’s Bhoma Khel Park on March 2, 2020, allegedly encouraging mutiny and conspiring against the government.

The IO claimed that MNA Ali Wazir, who is detained at Karachi Central Prison, needed to be officially detained and questioned.

He consequently requested a no-objection certificate (NOC) from the judges of both ATCs, where the South Waziristan politician is already being tried for sedition. This would allow him to arrest and question the member.

In their order, the judge stated: “In light of the foregoing, this court has no objections, and PI Ghulam Ali is authorised to re-arrest the Defendant Ali Wazeer. He may question the defendant in the aforementioned FIR after sunrise and before sunset inside the prison, with the Senior Superintendent of Central Prison Karachi present.”

However, the judges stipulated that until and unless the matters pending before these courts were resolved, the undertrial lawmaker’s custody should not be transferred from the prison for transfer to Charsadda.