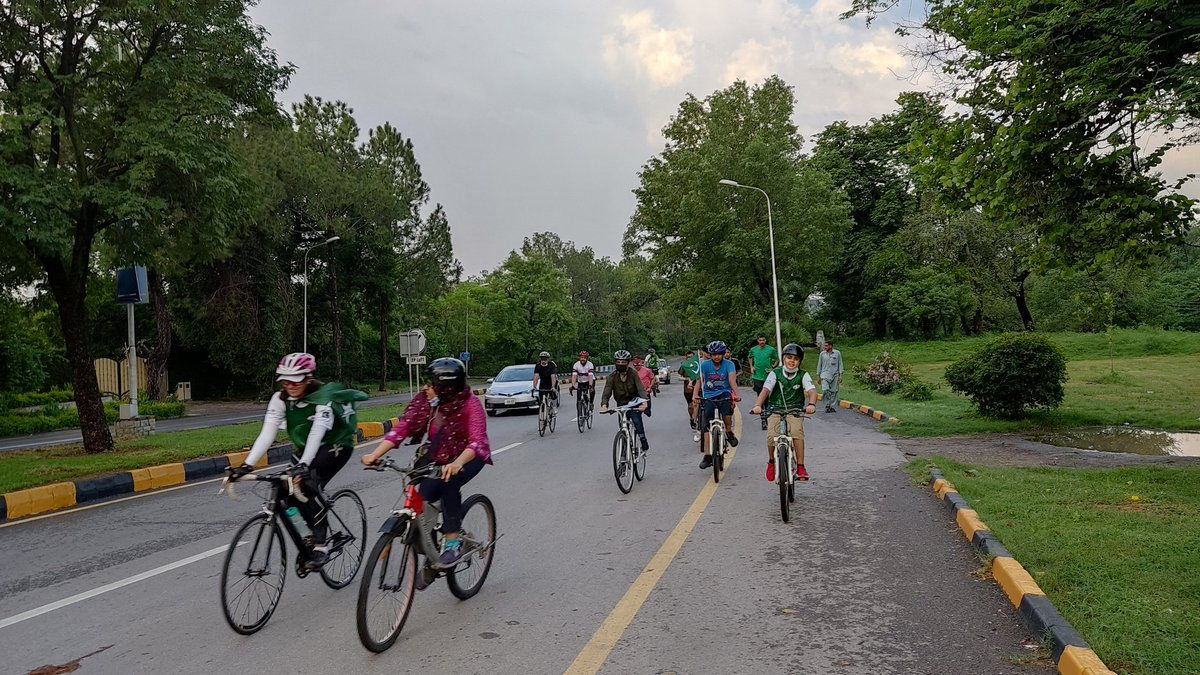 In accordance with the Global Sports Mentoring Programme, the first-ever cycle rally for females was staged on Friday in the Landi Kotal tehsil of the Khyber province.

15 women participated in the event, according to Jamima Afridi, the event’s organiser and a social activist who is also a member of Landi Kotal.

She said that the inspiring force behind planning the first-ever such event in any of the newly amalgamated districts was international women cyclist Samar Khan.

The rally’s participants showed a strong interest in learning how to cycle, according to Ms. Afridi and Samar Khan, who gave them one-day of training.

All of the participating girls, according to her, had received parental consent beforehand, and mothers of some of them spent the entire day observing their children as they learned the fundamentals of cycling.

Although the training took place in a walled courtyard the day before the rally, she claimed that a small number of female viewers also attended the rally, which was held at Tatara Sports Ground.

Ms. Afridi stated that more of these sporting events will be planned for the tribal girls so they could participate at the national and international levels.

Samar Khan claimed the environment in the tribal areas was very different from what she had heard about it before visiting in remarks made during the protest.

She claimed that tribal people were incredibly kind and eager to let their daughters engage in such healthy and beneficial activities.

She claimed that tribal girls had tremendous potential and that it was crucial to give them access to both basic and contemporary sporting facilities.