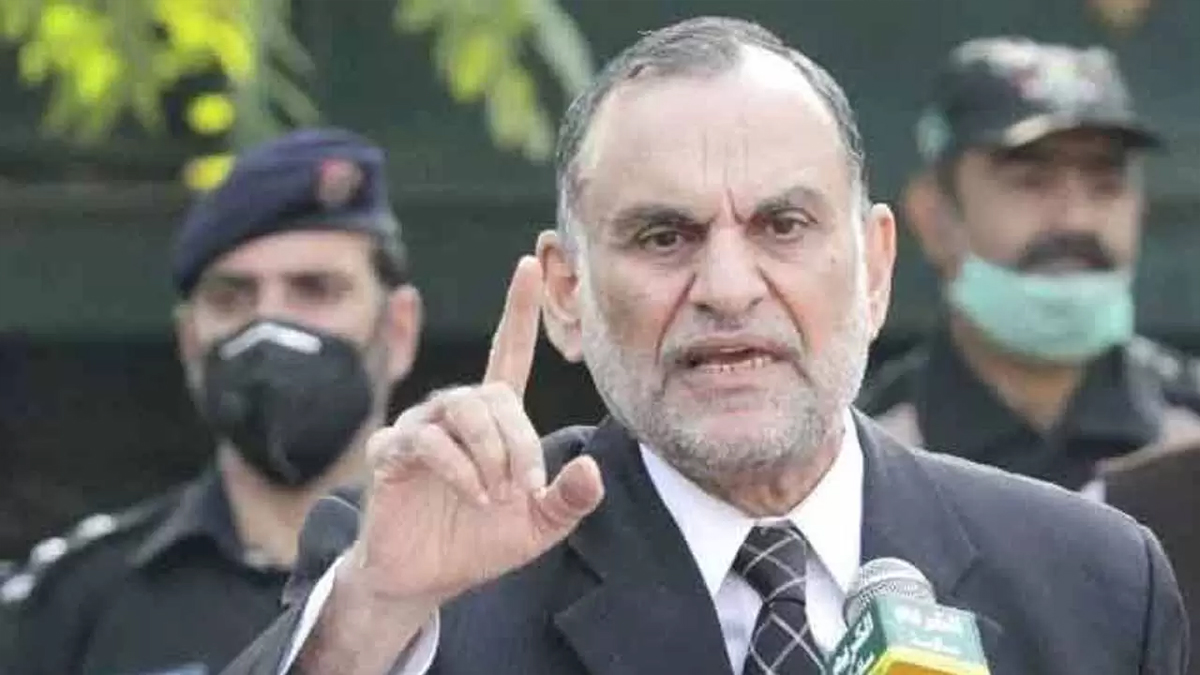 Azam Swati, a PTI senator who was imprisoned last month for posting abnoxious tweets about senior military official, has a farmhouse on Islamabad‘s Murree Road that the Capital Development Authority (CDA) blocked on Saturday due to a violation of building regulations.

Since November 27, Swati has been detained for her “extremely offensive campaign of tweets […] against governmental institutions.” He was flown to Quetta by the police last week, and yesterday the Balochistan High Court dismissed the five cases that had been brought against him. He was arrested by the Sindh police for cases there hours later.

The farmhouse was “transferred to Mrs Tahira Swati” (the PTI leader’s wife) on March 25, 2014, and its building plan was authorised on May 7, 2015, claims a report released by the authority.

The CDA stated, “The basement was not approved in the development design,” adding that Swati received the first notice in this regard in 2016. It added that when a survey of the farmhouse was completed in 2018, a reminder was also sent to the senator.

The office building, tram shed, and servant quarter/kitchen were not built, which is a deviation from the approved building plan. On November 29, 2018, the observations of the violations were separately communicated.

Accordingly, the CDA claimed that on November 4, 2022, Swati was given a show-cause notice under the ICT Building Control Regulations 2020, “with instructions to show sufficient cause within seven days as to why such violations have not been removed and why the premises may not be sealed off until compliance of the by-laws or removal of the same by the authority at the risk and cost aside from imposing a penalty.”

According to the article, the CDA informed the senator in a last notice on November 16 that it would seal the farmhouse if the infractions were not corrected within seven days.

A restraining order for the farmhouse until November 30 was requested by Swati, it was further stated in the document. Following hearings on December 6, December 8, and December 9, the honourable Court of Saqib Jawad Civil ruled that the application in question for the issuance of a temporary injunction will be withdrawn on December 9, 2022.

The report’s conclusion read, “As the temporary injunction is being rejected, it is proposed that non-compoundable violations be removed by the authority along with sealing the premises/property with the help of the Enforcement Directorate and ICT administration until the owner’s willingness to comply on his own with the Islamabad Capital Territory Building Control Regulations-2020.”