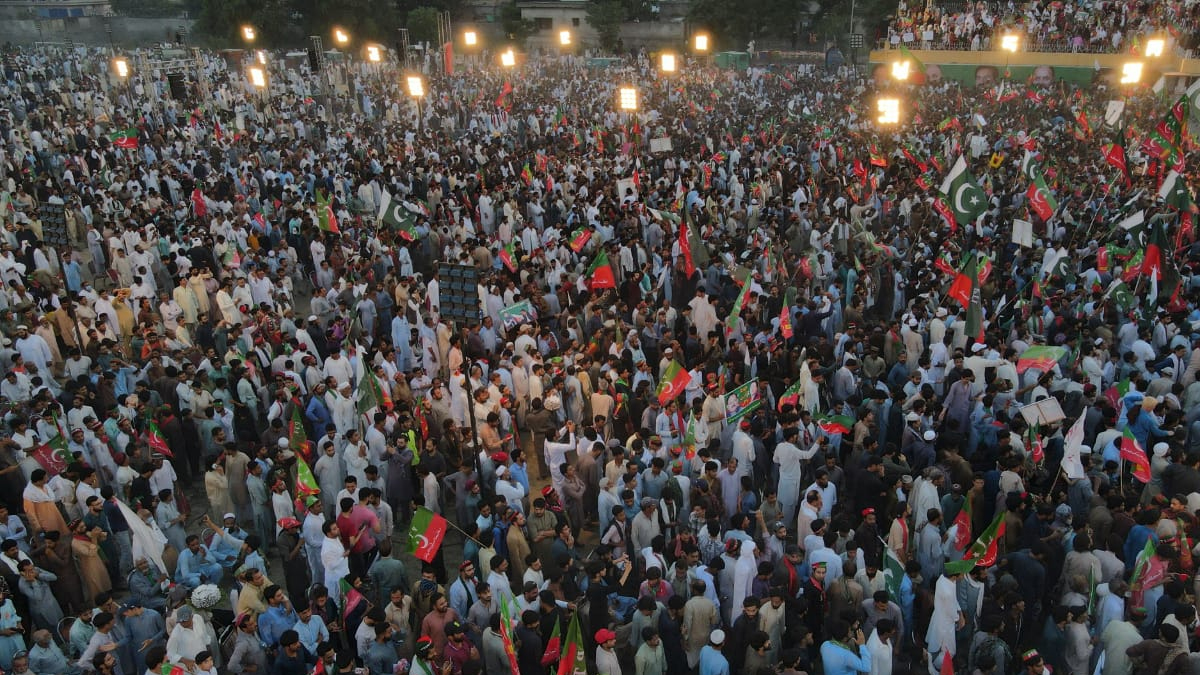 The Pakistan Tehreek-i-Insaf (PTI) demonstrators are being dealt with by several arrest squads, which have been constituted a day after former prime minister Imran Khan announced his eagerly anticipated march on Islamabad, which would start from Lahore on Friday.

Police in Islamabad told that they have begun gathering information on the PTI’s preparations for the rally in Islamabad.

The previous ruling party has requested that its followers prepare gas masks, bed sheets, blankets, towels, three sets of clothes, small-size tents, slingshots, marbles, and batons for the sit-in in Islamabad, according to the intelligence obtained thus far.

At least 13,086 people, including 4,199 Islamabad police officers, 1,022 Sindh police officers, 4,265 FC men, and 3,600 Rangers, have been deployed in various parts of the city to deal with the protest, which is predicted to arrive in the federal capital on November 4.

To deal with the demonstrators in the interim, arrest teams have been organised.

At New Margalla Road, a 43-person arrest team of police officers armed with tear gas and rubber bullets would be stationed.

A prison van and four pickup trucks will also be included. A second arrest squad made up of 21 police officers, two pick-up trucks, a jail van, and 100 handcuffs will also be sent into the Industrial Area police station’s area of responsibility.

The police officers added that police teams would also be stationed at Pims, CDA Hospital, and Polyclinic, and that the DIG and SSP operations would have access to contingents equipped with anti-riot gear.

The officers announced that containers will be used to seal off the Faizabad interchange, including the overhead bridge, I-8 entry from the Metro Station, 9th Avenue, Zero Point interchange, Khayaban Chowk, Khayaban-i-Suhrawardi at Serena Hotel, Nadra Headquarters Chowk, entry from the Fata House side, ILO Turn, and Marriott Hotel Chowk.