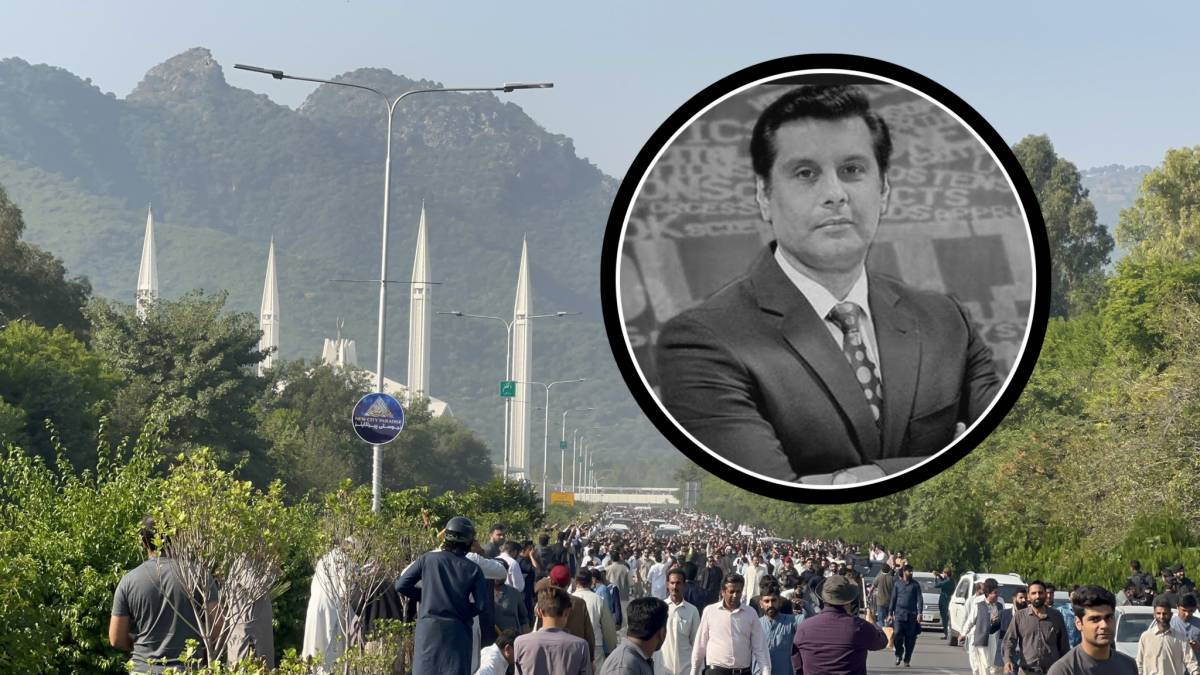 Arshad Sharif, a slain journalist who was shot dead on Sunday of last week in Kenya under unclear circumstances, was buried on Thursday in Islamabad’s H-11 cemetery in front of a large crowd.

The gravesite, which was crowded with journalists and members of the civic society, had a sizable police presence. Slogans such as “Allahu Akbar” were chanted during Sharif’s burial.

Following that, Pakistani Army personnel paid respect to the journalist, and Chief of Army Staff Qamar Javed Bajwa lay a garland at his tomb.

At the Shah Faisal Mosque, prayers for Sharif’s funeral were said earlier. The funeral prayers were held in the nation’s capital, and many journalists, lawmakers, and members of civil society, including Azam Swati, Shibli Faraz, Murad Saeed, Faisal Karim Kundi, Kashif Abbasi, Waseem Badami, and Sami Ibrahim, were there.

Nearly 20,000 people attended the burial, while thousands more gathered outside the Faisal Mosque, according to Dawn’s correspondent in Islamabad.

Funeral prayers were also held in Lahore while the deceased wasn’t there.

In accordance with a security directive issued by Islamabad police, 3,792 security personnel were deployed to increase security in the area surrounding Shah Faisal Mosque in preparation for the funeral. One thousand ten police officers and six inspectors are among them.

A police statement afterwards expressed “regrets on the sad occurrence” and stated that an inquiry was in progress. Sharif was allegedly shot dead in Kenya on Sunday night by the local police.

The local police initially claimed that Sharif was killed by police in a case of “mistaken identity,” according to the Kenyan media.

However, following accounts from the Kenyan media reconstructed the circumstances leading up to the murder, indicating that it was alleged that a passenger in Sharif’s car at the time of his death fired at paramilitary General Service Unit (GSU) officers.

How to Make Friends and Have Influence