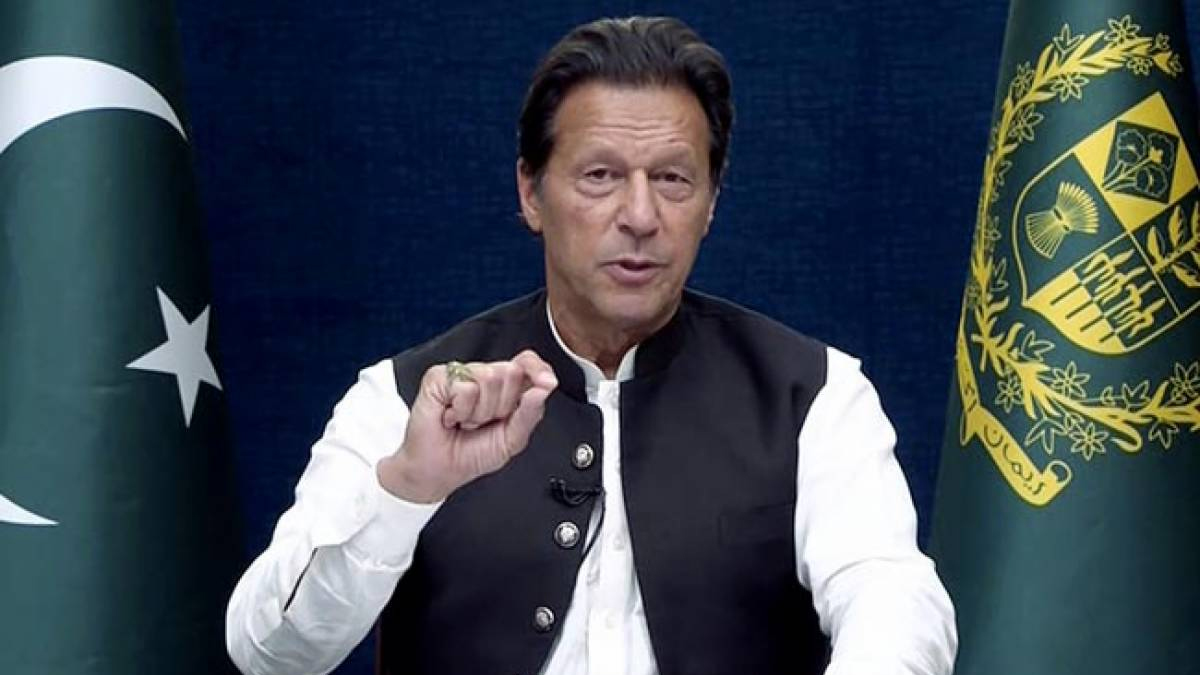 The Pakistan Tehreek-i-Insaf (PTI) chairman spent a busy Wednesday in Lahore assigning party leaders different tasks to ensure maximum support for the lengthy march that is anticipated to arrive in Islamabad on November 4 after travelling for a week. He described his impending protest as one of the “biggest freedom movements” in Pakistan.

To assess the political climate in advance of the march, the former prime minister Imran Khan conducted a number of meetings in the provincial capital, including one with Punjab Chief Minister Parvez Elahi at his Zaman Park House. He also gave party officials responsibilities for educating the public about the march. One week after the PTI’s march from Lahore’s Liberty Chowk on Oct. 28 gets underway, the party hopes to arrive in Rawalpindi-Islamabad on Nov. 4.

Imran Khan will personally lead the rally, which will spend its first night outside of Lahore at Shahdra. From there, rallies and overnight stays will take place in Gujranwala, Sialkot, Gujrat, Jhelum, and finally Rawalpindi through GT Road.

PTI Central Punjab President Dr. Yasmin Rashid and other party leadership travelled from the party’s Jail Road office to Liberty Chowk in Lahore in a container painted red and green to make plans for a smooth gathering of party members and supporters on Friday morning. In a video message, she invited party workers and supporters to take part in the march to jolt the “imported government”. She made the remark while criticising Interior Minister Rana Sanaullah for building container barriers, saying, “The federal government will be destroyed when the lengthy march would reach Islamabad.”

Later, Mr. Khan and Parvez Elahi presided over a combined meeting of Punjab’s ruling PTI and PML-Q legislative parties and gave the legislators an update on the long march. Mr. Khan claimed that because their movement was intended at a “soft revolution,” the demonstrators marching against the “imported administration” would remain peaceful. Members of both parliamentary parties vowed to support and take part in the lengthy march wholeheartedly.

Read Also | PTI to march to Islamabad on October 28

The former premier spoke to a group of attorneys and party members while in Sialkot to rally support for the lengthy march. The largest independence movement in Pakistan will be the long march. I would battle against thieves and criminals as long as I am alive, Mr. Khan promised his followers in Sialkot.

Mr. Khan asked people to join his march for “true freedom,” saying that his protest went beyond politics. He also made fun of Interior Minister Rana Sanaullah by telling him that Islamabad was about to receive a “sea of people.”

In the meantime, PTI Central Secretary General Asad Umar applied for authorization for a group in order to organise a political gathering between sectors G-9 and H-9 with the help of the Islamabad Deputy Commissioner’s office.

Mr. Umar stated that the PTI march would arrive in Islamabad on November 4 in a statement released by the PTI Central Media Department.