PTI to march to Islamabad on October 28 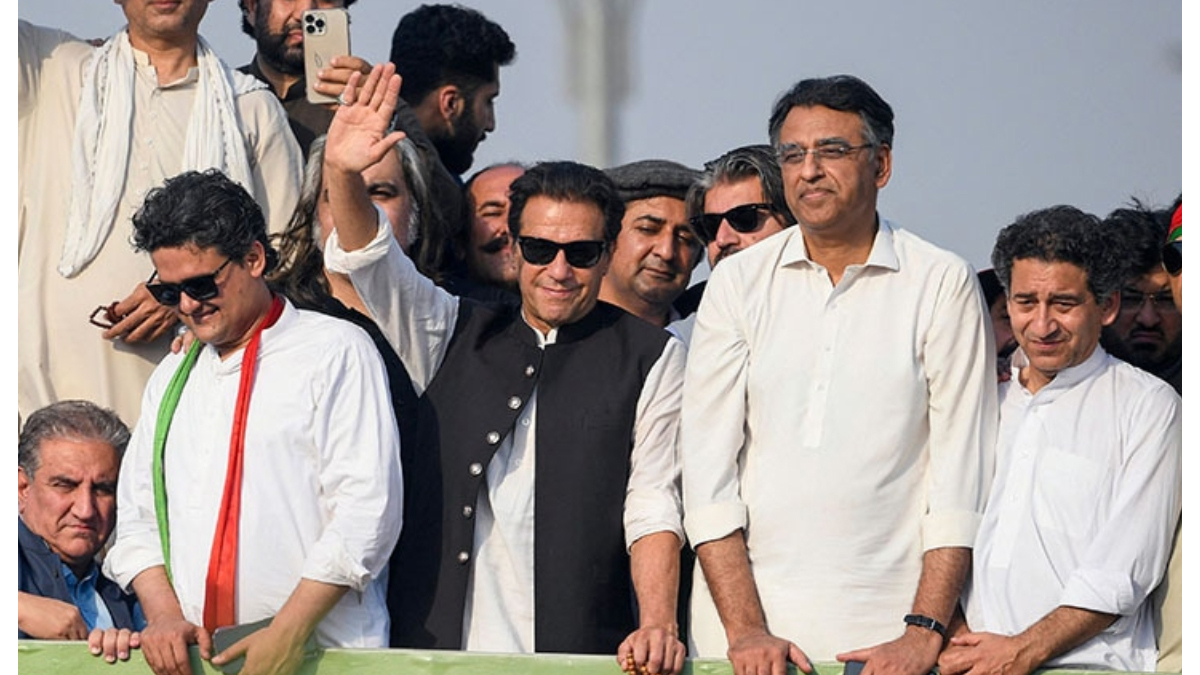 The former prime minister announced the march will start from the Liberty Chowk at 11am and he will personally lead it while speaking at a press conference in Lahore while being accompanied by the party’s top leadership.

“This is our indefinite march in support of haqeeqi azaadi. I am forecasting this would be the biggest sea of people in the history of the country,” Imran asserted. “We will come to Islamabad from the GT Road and the nation will gather to Islamabad from everywhere in Pakistan.”

The protracted march, he continued, was “not politics,” but rather a “fight for the destiny of Pakistan.”

“This is a battle for freedom from these tyrants who have been forced over us; it goes much beyond politics. The course of the nation will be determined by this jihad.”

The former premier elaborated on the march’s demands by stating that he had only one: “The choice of who would lead the country belongs to the citizens.”

“We want the public to make the choice. Today, I’m making a plea to the whole country: Do we want to continue on this path toward being a free country or serve these thieves?”

“We won’t breach the law or enter the Red Zone, we promise. Whatever takes place in Islamabad will be in accordance with the court’s permission. Everyone has been told to keep calm, and we will only do this to demonstrate where the country is at.”

The PTI leader declared at the start of the news conference that he had organised the march in advance. “On May 25, we staged a nonviolent protest, but they used force against us. And the following day, there would have been serious strife and blood in the country if I hadn’t called it off,” he remarked.

“So I called it off in order to rescue my country and avoid pandemonium,” he continued.

Imran continued by saying that he wanted to make clear the march’s goals after hearing that he was acting irresponsibly given the difficult circumstances the nation was facing.

“I want to remind the country that Pakistan was insolvent and had the largest foreign deficit in history when we took office in 2018. He gave a summary of his government’s economic performance: Our reserves were roughly $9 billion, and our trade imbalance was three times larger.”