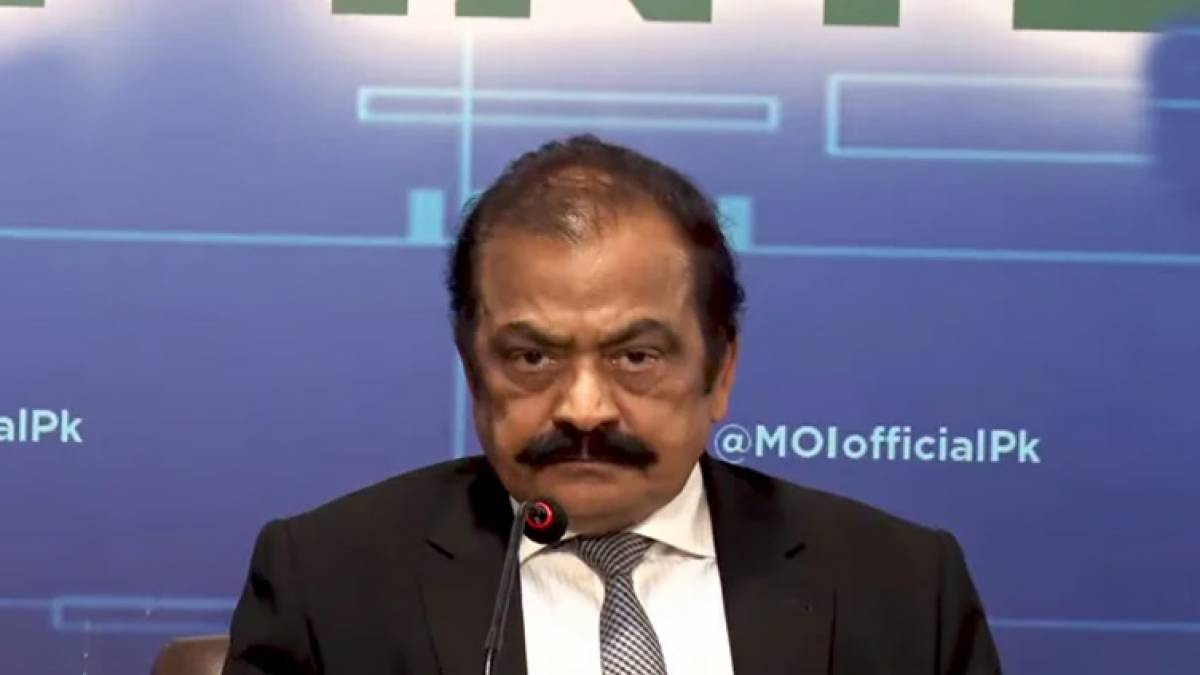 Despite orders from a Rawalpindi court to arrest Interior Minister Rana Sanaullah in an investigation involving the purchase of plots in a housing society at a “throwaway price,” a team from the Punjab Anti-Corruption Establishment (ACE) left Islamabad’s Secretariat Police Station empty-handed on Monday, blaming the officials for their “lack of cooperation.”

The representatives of the anti-corruption organization from Punjab arrived in the capital at noon and left an hour later, saying that the local police officials had disobeyed court orders.

Syed Anwar Ali Shah, the director of ACE Punjab, claimed that in addition to violating court orders, the ACE team’s vehicles were also dragged out of the police station. As he left the Secretariat Police Station, he said to reporters, “We will let the court know about it tomorrow.

Brigadier Musaddiq Abbasi, a retired general and advisor to the Punjab Chief Minister for anti-corruption, claimed that Sanaullah had accepted two plots from the Bismillah Housing Scheme, an “illegal housing society,” in the Chakwal area as a “bribe.”

A special judicial magistrate of Rawalpindi gave the Punjab ACE officers instructions earlier today, ordering them to arrest and bring Sanaullah before the court.

The hearing was presided over by Special Judicial Magistrate Ghulam Akbar of Rawalpindi, who last week, at the ACE’s request, issued a non-bailable arrest warrant for Sanaullah.

Since the minister was accused of disobeying numerous summonses in case number 19/20 filed with the anti-graft organisation, the ACE secured the minister’s warrant.

The proprietor of the society, Akhlaq Ahmed, was also charged with attempted bribery of Sanaullah by means of a scheme to register the society, according to the prosecution.

The ACE team asked the court to deem the minister a “proclaimed offender” at the hearing today.

The magistrate rejected the plea, stating that the suspect could not yet be branded an official offender.

The minister was ordered by the court to be taken into custody and brought before the judge by the ACE.

The officials responded by informing the court that they would contact the Ministry of Interior if police offered more assistance with the case.