Imran Says Next Long March Will Be ‘Final Battle’ 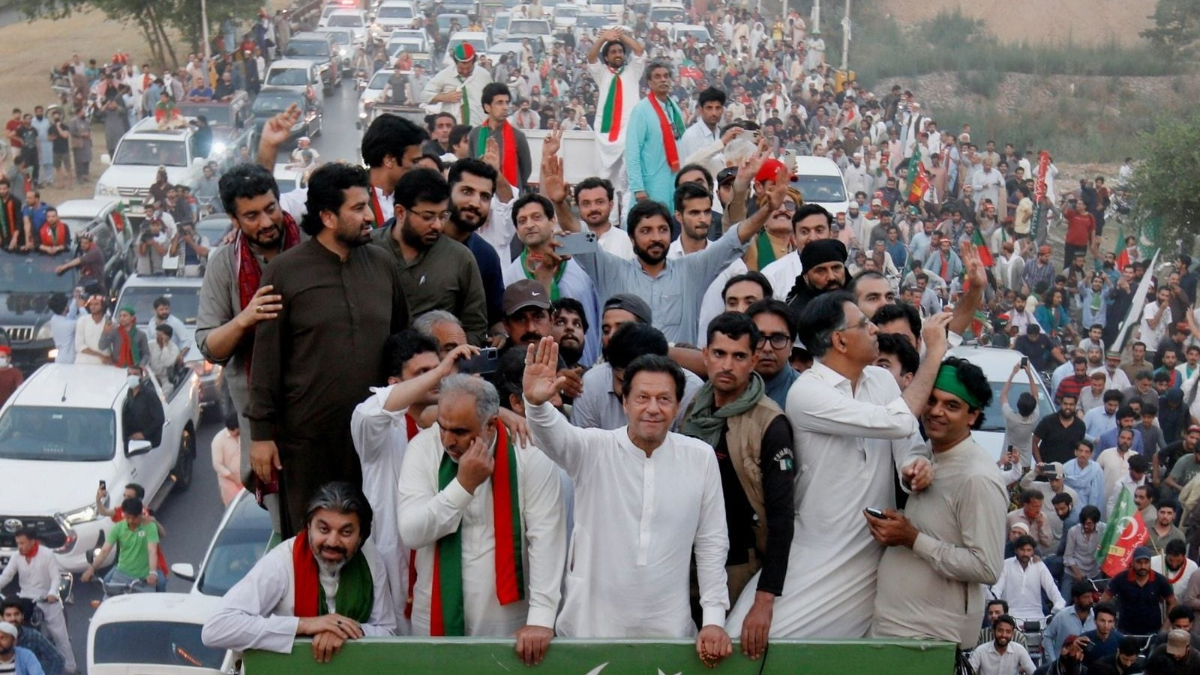 The upcoming march by Imran Khan’s party on Islamabad, he said on Tuesday, would be “the final one,” followed by free and open general elections.

At a joint convention of the Insaf Student Federation and youth, Mr. Khan stated, “The plan is solely in kaptan’s [Mr. Khan’s] mind and no one knows about it yet.”

When the PTI marched into Islamabad in May, Mr. Khan criticised Interior Minister Rana Sanaullah for firing tear gas at nonviolent protestors, including women and children.

Party Will Arrive in Capital

He did, however, issue a warning that the party will arrive in the capital “with full preparation,” and that no amount of police, tear gas, rubber bullets, or even Rangers will be able to disperse the demonstrators this time.

In reference to the recent audio leaks from the Prime Minister’s Office, he asserted that the upcoming leak would involve the top election commissioner.

Speaking at another gathering hosted by local businesspeople, Mr. Khan stated, “Another audio leak will be aired soon in which the daughter [Maryam Nawaz] assures her father [Nawaz Sharif] that the Chief Election Commissoner has assured that Imran Khan will be disqualified in the Toshakhana case.”

Read More | Dar Yet to Surrender Before Court

In reference to the arrival from abroad of PML-N leader and former finance minister Ishaq Dar, Mr. Khan claimed that Shehbaz Sharif, along with a fugitive, landed from the US on Monday night.

“The fugitive who stole money from the country and fled aboard the plane of the prime minister when the NAB questioned him.”

According to the PTI chairman, Mr. Dar returned after striking a deal and received an NRO, which means that he will not be prosecuted in connection with any pending corruption charges.

Government Was Overthrown in March

He criticised the government for the decline in exports, claiming that no country could flourish without exports and that China, Indonesia, and Malaysia had all become wealthy as a result of growing their exports. He emphasised that the economy was growing at an unprecedented rate when his government was overthrown in March.

Back then, Pakistan was on the path to economic development, but now, according to Mr. Khan, everything has been wrecked by the administration that was “installed through a conspiracy.”

World ‘Out of Patience’ With Taliban, Says UN Envoy