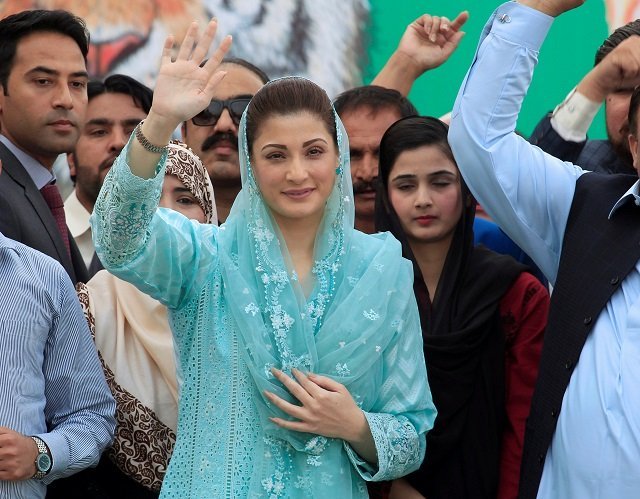 Despite being directed by the Election Commission to leave AJK, PTI’s federal minister spared no punches in his latest attack on the opposition leader.

He was addressing a rally in Azad Jammu and Kashmir’s (AJK) Tarar Khal area on Friday, where he said that he knows many things that Maryam Nawaz will get slapped for.

He said that after the public gets to know that “their money was used to get 8 crores surgery,” her real face will become visible.

“Maryam has spent Rs80 million of taxpayer money on surgery. I will unmask your actual face before the public by removing your cosmetic surgery.”

“They will slap you in the face so much that your true face will be revealed to everyone,” the minister said, while the crowd cheered his misogynistic remarks against the PML-N leader.

Gandapur has been severely critiqued by sane minds across the country for using gender-biased words against his political opponent. Many, however, took to social media platforms to justify his utterances.

On the other hand, PML-N vice-president Maryam Nawaz criticised the Federal Minister for donating cash during the election campaign and inquired about his source of funding.

She was addressing a public gathering in Muzaffarabad as part of her party’s election campaign. Her statement was in response to a viral video in which Gandapur was seen handing over a thick bundle of cash to some supporters in AJK’s LA-1 Mirpur 1 constituency. The latter had gone to the area to campaign this week.

“So, where does the money come from? Is this foreign funding or has this money been earned after selling off Kashmir?” the PML-N leader questioned.