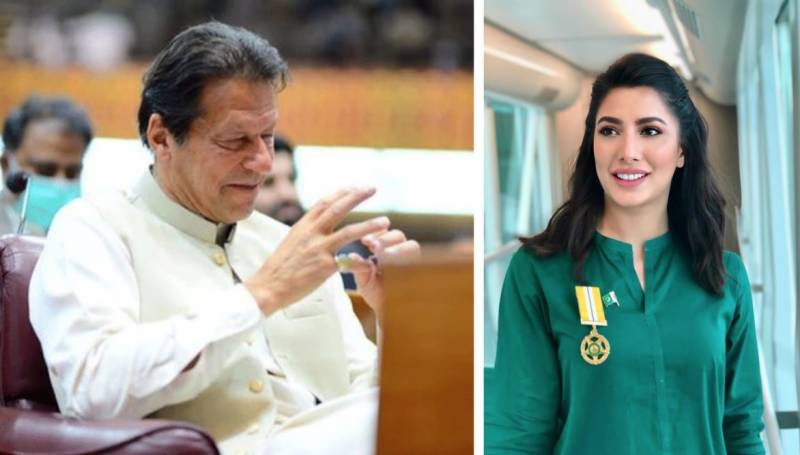 A leading actress of Pakistan’s film and TV industry and the recipient Tamgha-e-Imtiaz, Mehwish Hayat has indicated at entering politics.

A clip of her interview on Geo News program ‘Ek Din Geo Ke Saath’ is going viral on social media.

To this, the actress said, “I am not challenging Imran but if anyone is going to take his seat, I am definitely a candidate for it.”

The Load Wedding actress said that she wants to work for Pakistan’s development and added that she is inspired by PTI for its trailblazer policies.

Hayat, on the show, said that since the last few years, her interest in politics has grown gradually and she might be into mainstream politics in the near future.

Mehwish Hayat is a recipient of the Lux Style Award and in 2019, she was honoured by the Government of Pakistan with the Tamgha-e-Imtiaz.

She had, a few months back, hinted that she might be running for being a Prime Minister in 2028.

Talking about her work, the actress said that she is set to be seen alongside Humayun Saeed and Kubra Khan in Nadeem Baig’s next production – London Nahi Jaunga.

Meera said she has decided to appear in politics from PTI’s platform, adding that she would soon be holding a press conference with party leaders in this regard.

“I am so done with the world of showbiz and so, being heartbroken, I have decided to join politics,” she spoke to a private TV channel.