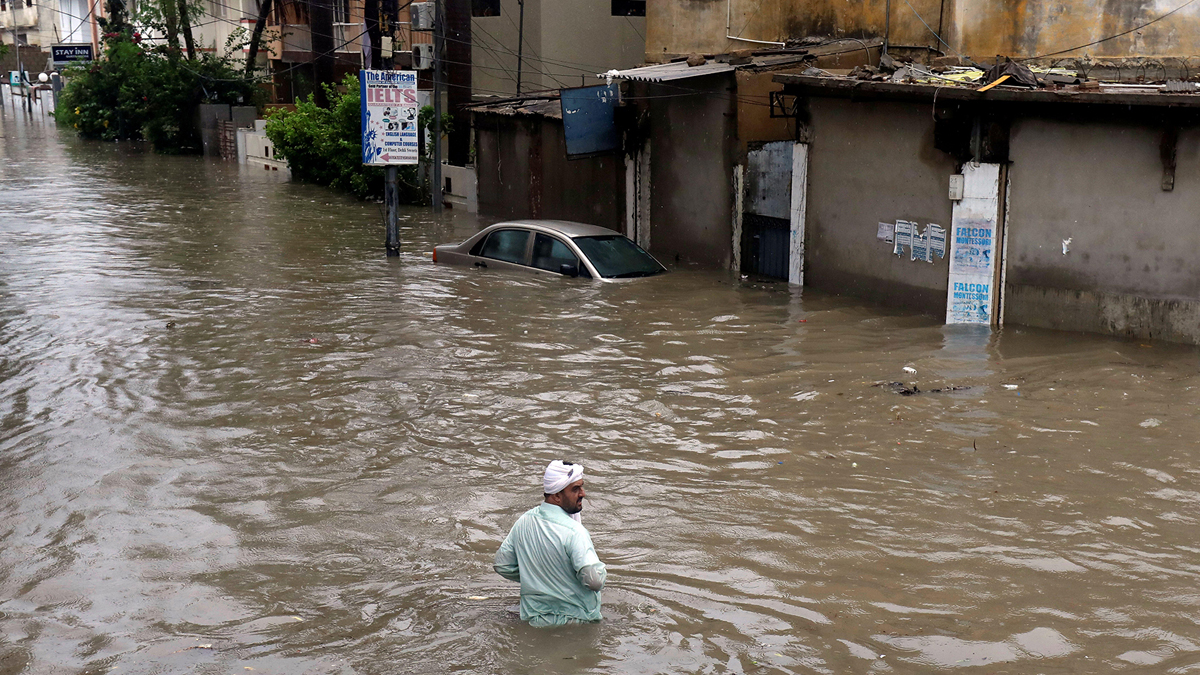 Six people died in rain-related accidents in the city on Friday, when the Pakistan Meteorological Department measured up to 97.4 millimetres (near to four inches) of rain, wreaking havoc on locals and causing floods in several locations due to the city’s poor municipal infrastructure.

With the fifth consecutive day of rain, when Karachi received the heaviest monsoon rains of the season so far, the dilapidated city infrastructure, which was already on the verge of collapsing after four days of downpour, exploded and caused flooding in many areas, submerging almost every district, triggering a hefty power crisis, damaging the sewerage system, and causing hours-long traffic jams on all major roads.

The initial spell of monsoon rains, which began on Monday, worsened on the fifth day for Karachiites, as the city was warned of urban flooding by the Met office due to high rain anticipated.

The skies were clear early in the morning, and the weather remained beautiful throughout the day.

It was late in the day when the city was shrouded in dense dark clouds and began to rain.

By 4 p.m., the most of Karachi was experiencing “moderate to heavy” rain, with some places seeing “very heavy” rain.

“There is a strong monsoon system, and its currents from the Arabian Sea are entering into Karachi and other regions of Sindh,” said Met office meteorologist Sardar Sarfraz.

“Various Karachi locations, particularly the northern and eastern parts, had moderate to heavy showers, with some areas experiencing quite heavy precipitation.” Gulshan-i-Hadeed, for example, received the most rain, 94.7 mm, in just a few hours. “The tendency is expected to continue tomorrow [Saturday] and may begin to wane by Saturday night, but it will be there.”

Every Other District Causing Severe Flooding

The rains that had severely disrupted life in the Central District on Thursday spread to every other district, causing severe flooding on Friday.

The important road links in the east area, including University Road, Rashid Minhas Road, and Stadium Road, were clogged for hours after showers.

The city administration’s round-the-clock water pumping and heavy deployment of traffic authorities aided in clearing roads and moving vehicles at a regular pace.