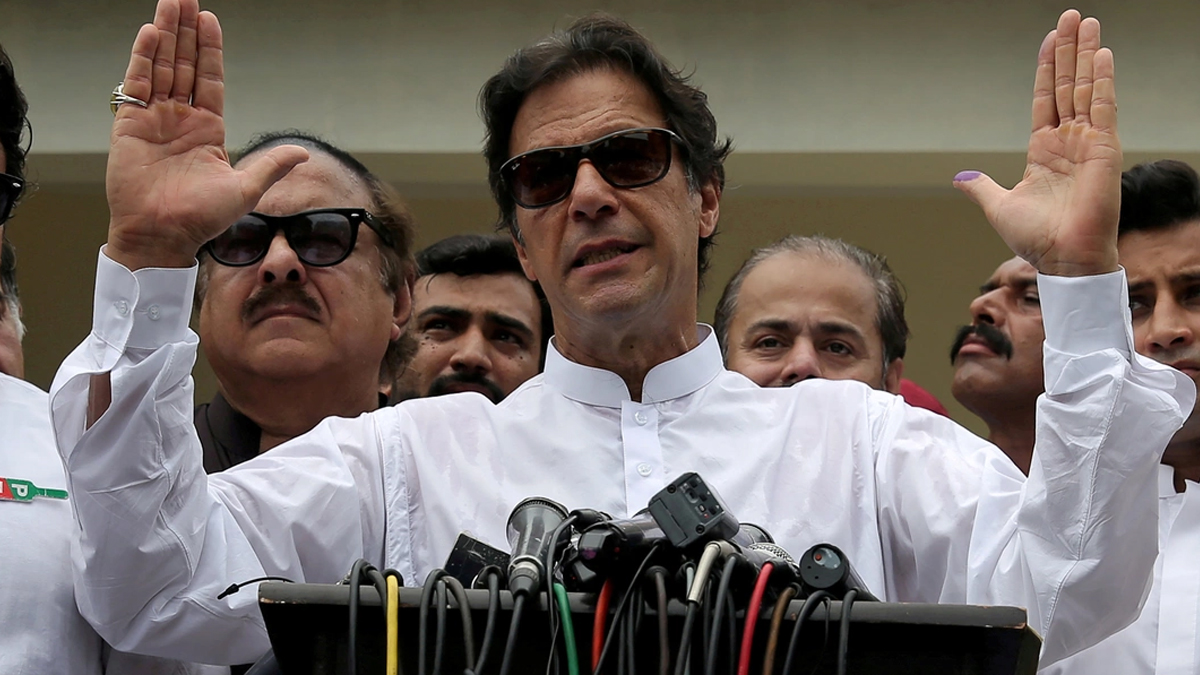 Leader Of The PTI

Imran Khan, the leader of the PTI, on Thursday, ordered “ten courageous youths” in each district to watch polling places to resist any attempts at rigging that he worries may occur in the impending by-polls on 20 Punjab Assembly seats.

In order to support the PTI candidates, Mr. Khan spoke at two rallies back-to-back on Friday. He criticised his political adversaries as well as the chief election commissioner.

Outcome Of This Election Will Determine

“I’m here to inform you that this is more than simply a by-election. The outcome of this election will determine whether we tolerate these thieves or not,” according to Mr. Khan.

He exhorted the youth to “take responsibility” and watch over every single polling place in their communities.

Mr. Khan, a leader of the PML-N and PPP, criticised the chief election commissioner while simultaneously advising “Mr X” not to rig the election in the PML-N’s favor. Mr. Khan asserted that “Mr X,” who is seated in Lahore, is conspiring with PML-N leaders to rig the elections without providing a name.

Mr. Khan criticised Sikandar Sultan Raja, the chief election commissioner, once more, saying that he was “bowing in front of Maryam Nawaz and Hamza Shahbaz.”

Additionally, he asserted that the federal government had given the CEC’s spouse a lucrative position in the customs division.

“The main election commissioner is ready for rigging this time. I recently learned that his wife was awarded a position where she may earn a sizable salary. She was assigned to Customs,” according to Mr. Khan.

Nation Would Further Slide Into Anarchy

He cautioned the suspected conspirators, nevertheless, that the scope of the required vote-fixing would be so extensive that “it would invalidate the whole exercise” and the nation would further slide into anarchy.

The PPP, PML-N, and CEC blocked his attempt to adopt electronic voting machines to end vote manipulation, he said.

The chief election commissioner and the two major political parties, the PPP and PML-N, stopped the introduction of electronic voting machines (EVMs) in order to secure the end of election manipulation in the previous two years, according to Khan.

Democracies In UK And Pakistan

Regarding the differences between the democracies in the UK and Pakistan, Mr. Khan noted that UK Prime Minister Boris Johnson had been asked to resign by his own party for hosting a rally during the pandemic’s state of lockdown.

The PPP and PML-N leaders in Pakistan, on the other hand, “know that Nawaz Sharif, Shehbaz Sharif, and Asif Zardari are corrupt, but they don’t have the fortitude to demand their resignation,” he claimed.