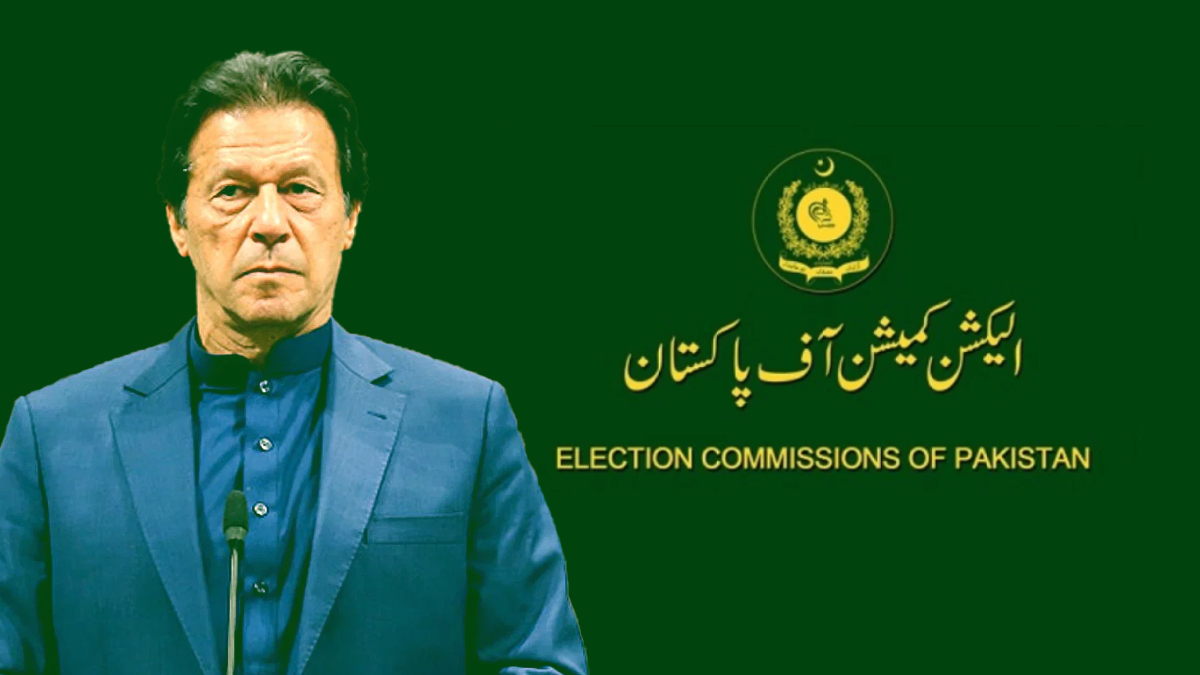 Leader Of The PTI Turned His Attention Back To ECP

Imran Khan, the leader of the Pakistan Tehreek-i-Insaf (PTI), turned his attention back to the Election Commission of Pakistan (ECP) on Wednesday, accusing it of pre-election rigging, particularly the tampering of electoral lists in advance of the July 17 by-elections for 20 seats in the Punjab Assembly.

However, the commission informed five PTI members to fill reserved seats that had become vacant as a result of the de-seating of MPAs who had supported Hamza Shehbaz in the Punjab chief minister election while the former premier was delivering his vehement speech.

Speaking to a large crowd in Mor 90, a Sahiwal constituency (PP-202) where PTI candidate retired Major Sarwar will face off against former colleague and PML-N ticket holder Malik Nauman Langrial in by-elections later this month, Mr. Khan thanked his supporters for coming out to the rally despite the rain.

Imran Khan, who lost his position as prime minister in April after a no-confidence vote against him, reaffirmed that a group of accused thieves had been imposed on Pakistan through a “international conspiracy,” which had caused the country’s economy to “tank.”

“The election commission lacks conscience… the ECP is in collusion with these crooks and turncoats and is trying to influence elections in favour of [these] crooks,” Mr. Khan stated in a remark on the election watchdog.

The PTI chairman challenged the government, saying, “If you think you can win the game by colluding with ‘umpires,’ I challenge you that we will defeat you in the polls.” He also said that the government could not defeat the PTI even with the backing of the powers-that-be.

Bogus Votes Were Being Added

Mr. Khan said that “bogus votes” were being added to voter lists after they had already been altered, and he requested his party’s nominees to examine the lists before the election to remove any such votes. The former premier ordered “10 courageous youths” to be stationed at each polling place on election day in an effort to “block” the opposition from rigging the results.

Imran Khan discussed the onslaught on PTI supporters, especially media, during his speech. Mr. Khan claimed that a “cabal of crooks” had been placed on the nation, but added that “we are taught not to criticise it to avoid punishment.” The PTI leader issued a warning that the nation would hold accountable anyone who supported these “crooks.” Without mentioning anyone specifically, Mr. Khan remarked, “neither the nation nor history would forgive you.”

The PTI leader further threatened that if PTI followers were prevented from organising peaceful protests, Pakistan would be forced into “anarchy.” He stated that if constraints were placed on the freedom to demonstrate, Pakistan would end up like Sri Lanka or Lebanon, which are both struggling with political and economic issues. He claimed that individuals joining the “jihad” for “true freedom” could not be discouraged by the cases brought against the PTI.