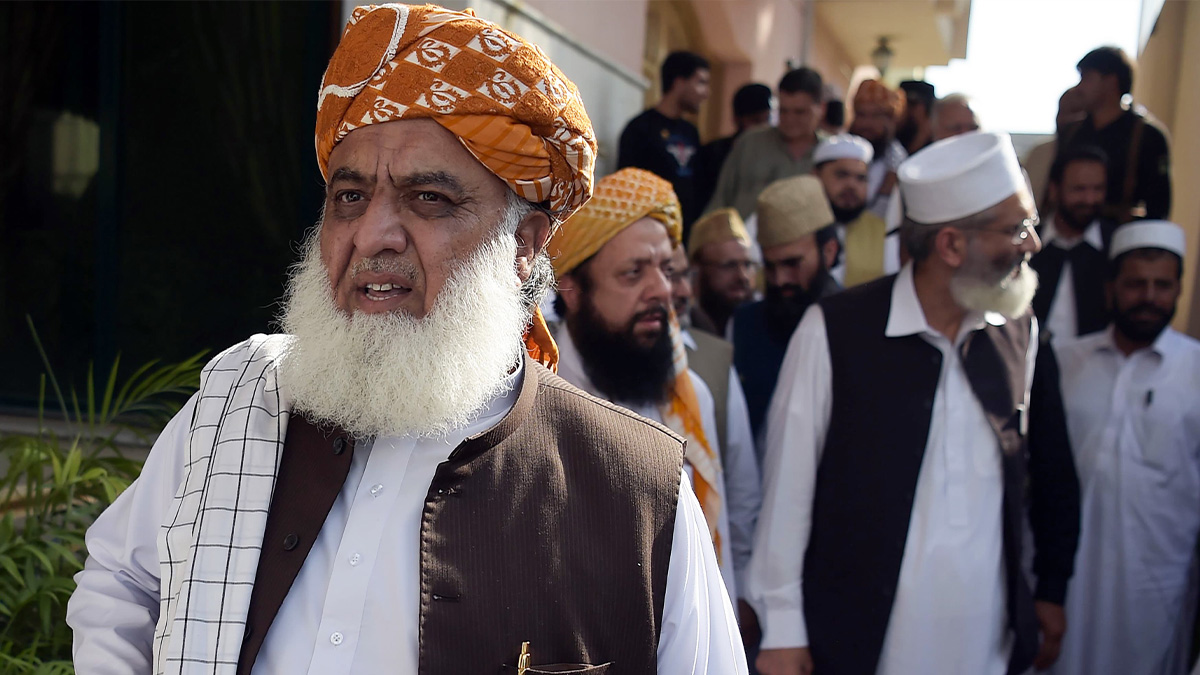 Maulana Fazlur Rehman, the leader of Jamiat Ulema-i-Islam-Fazl, ruled out the idea of talks between Imran Khan, the head of the Pakistan Tehreek-i-Insaf (PTI), and the leadership of the currently ruling Pakistan Democratic Movement on Monday.

The JUI-F leader reportedly told a party gathering here that “We [PDM] won’t speak to him [Imran] at any cost.”

Mr. Fazl claimed that the PDM did not take the PTI chief’s demands for its government regarding the upcoming elections seriously because Mr. Imran’s long march had turned into a “furlong march,” the march planned for Islamabad had instead been staged in Rawalpindi, and the sit-in at “Gate No. 4” had been turned into a one-hour show in Faizabad.

Negotiations by the Government

The JUI-F leader praised the military establishment for deciding to concentrate on its official duties.

He said that the PDM’s was a national government that was working to save the nation from issues brought on by the Imran administration.

According to Mr. Fazl, the federal administration led by Prime Minister Shehbaz Sharif is working hard to regain the trust of Pakistan’s friends in the nation after it was disturbed by the PTI’s control.

He claimed that when the PTI government in the centre was overthrown, the national coffers contained merely $2.5 billion.

After the PTI’s disastrous four-year record as the country’s ruling party, he added, “Pakistan has significant difficulties, notably economic one.”

The PTI’s nine years in power, according to the JUI-F leader, had rendered Khyber Pakhtunkhwa insolvent.

During the last nine years of the PTI’s leadership, he claimed, the province’s debt increased to Rs 1 trillion from Rs 70 billion at the conclusion of the Muttahida Majlis-i-Amal administration and Rs 110 billion when the Awami National Party left office.

According to Mr. Fazl, when political parties ruled for a long period, they implemented reforms, but the PTI government did the exact reverse because the province was left with no money to even pay its employees’ salaries.

He claimed that the PTI leader was threatening to dissolve assemblies in an effort to cover up his shortcomings as the PM.

The JUI-F leader instructed his party’s representatives to engage the populace.

“Our party represents the future of KP.”

In addition, Mr. Fazl criticised the US for, in his words, keeping Pakistan on the list of nations with a subpar record of religious freedom in 2022.

Such US actions, according to him, violate Pakistan’s sovereignty.

According to the JUI-F leader, the US declared two decades of war on Afghanistan and labelled Muslims as terrorists.

Over Abuses of Human Rights in Kashmir

He questioned why the US was silent over abuses of human rights in Kashmir, which is controlled by India, and the mistreatment of religious minorities, such as Muslims and Dalits, in India.

According to Mr. Fazl, since the Pakistani parliament is paramount and has the authority to enact any law, neither the United States nor any other country in the world has the right to meddle in Pakistan’s domestic affairs.