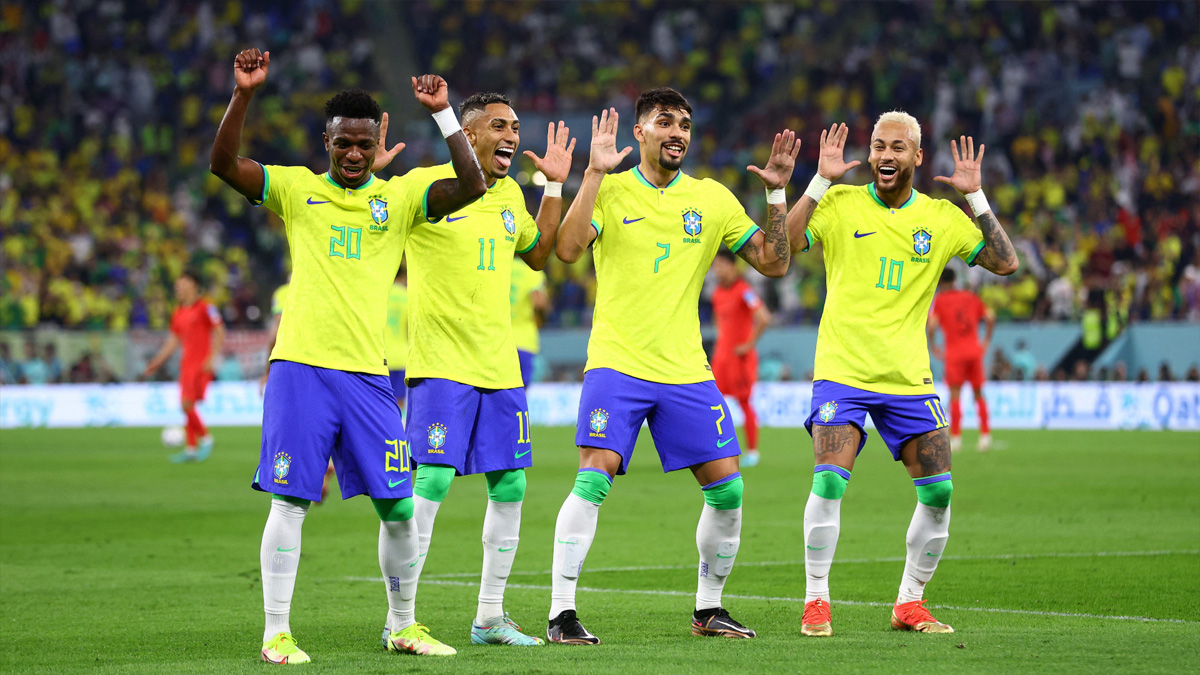 World Cup favourites Brazil, on Monday, put on a show for the fans and to terrify potential rivals as they ripped past South Korea with four goals in the first half to win 4-1 in the round of 16.

After seven minutes, they had taken the lead when Vinicius Jr. skillfully lifted the ball over the advancing goalkeeper and three defenders.

Neymar’s penalty made it 2-0 five minutes later, and Richarlison added a stunning third with a razor-sharp combination with Marquinhos and Thiago Silva that had everyone in the stadium, including the neutrals, purring.

Read More | South Korea Reach Round of 16 in Stunning Fashion

After 36 minutes, Lucas Paqueta scored the fourth goal with a volley, and the five-time champions played the second half like an exhibition, only being denied by the outstanding Korean goalkeeper Kim Seung-gyu as they focused on Friday’s quarterfinal matchup with Croatia.

Paik Seung-magnificent ho’s long-range shot past Alisson 13 minutes from time gave Korea credit for their own attacking efforts after they had fiercely and tenaciously laboured to try to reduce the damage.

Do You Know What You Are Breathing?