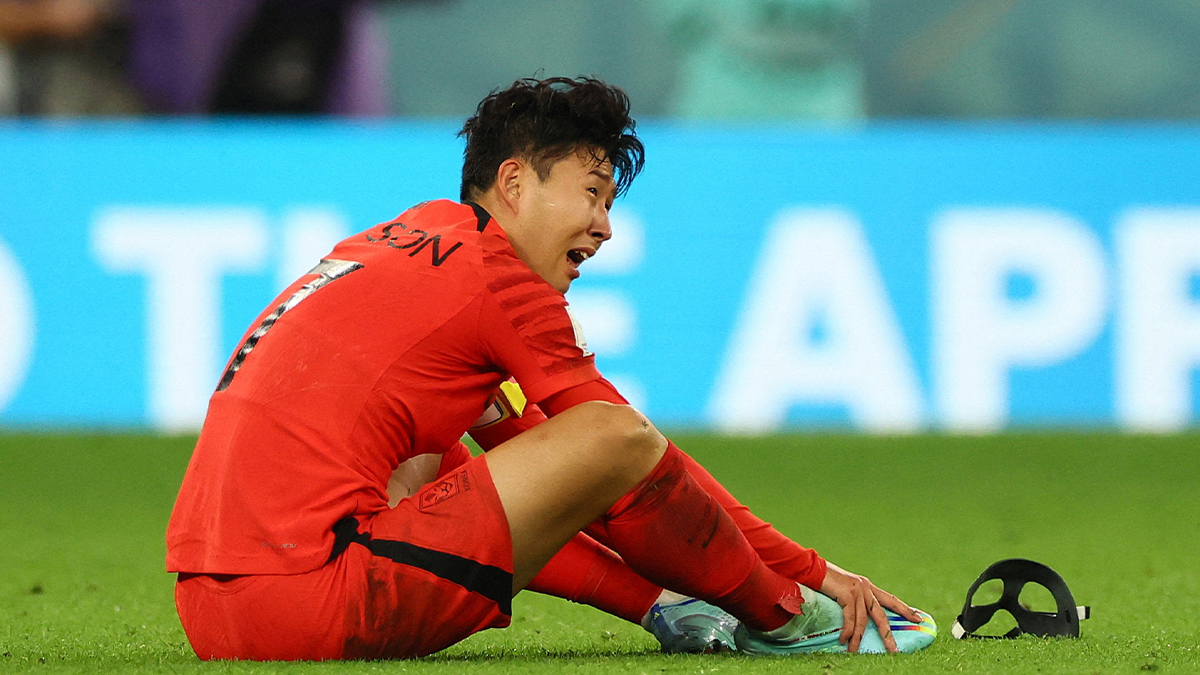 Players from South Korea went to the ground. What a moment it was for them to be alive. They had pulled it off on another tense drama-filled night, creating a win when all appeared lost.

Hwang Hee Chan had scored the goal that would establish him as a household name in his native country. Now, though, there remained a tense wait for the other game to finish. The South Korean players congregated in the centre circle after winning their match against Portugal 2-1 while they awaited the outcome of the second match between Uruguay and Ghana.

The Korean could finally rejoice when that was over. Their players were jumping for joy in the huddle, and their supporters were waving flags. It was amazing.

In preparation for their pivotal final 45 minutes of their group campaign against Portugal here at the Education City Stadium, which is tucked away on the outskirts of Qatari campuses for universities from all over the world, including Carnegie Mellon and University College London, the South Koreans had earlier emerged from the dugout first after the half.

Portugal was being patient. They had little hurry because the score was tied at 1 after the first half. They had already qualified for the round of 16 with one game remaining, so they were guaranteed to take first place in Group “H.” However, this had a huge impact on South Koreans. With Uruguay leading Ghana 2-0 in the other game at the Al Janoub Stadium, a victory here might be sufficient to advance on goals scored.

They had demonstrated exceptional resiliency in their matchup with the Portuguese; Kim Young Gwon’s goal in the 27th minute levelled the score after Cristiano Ronaldo botched handling a corner. In the fifth minute, winger Ricardo Horta scored on a cutback from Diogo Dalot to put them behind.

South Korea was hoping to follow in the footsteps of Japan, who had defeated Spain the previous evening to advance to the round of 16, and become the third team from the continent to do so at the first World Cup held in the Arab world, joining Australia and its East Asian counterparts.

When the World Cup was previously hosted in Asia, in Korea and Japan, two decades ago, both of the host countries had made it this far, with South Korea reaching the semifinals. Additionally, they defeated Portugal 1-0 in their last group stage match thanks to a goal from Park Ji Sung, advancing them.

But this time, the scenarios were very different. The Koreans almost received their reward for their decision at halftime to give Portugal more of the possession and hit them on the break. Son Heung Min was given space on the right after 11 minutes, but a last-ditch tackle prevented him from scoring.

South Korea started exploring and pushing for the victory around the hour mark. With a long-range shot, Hwang In Beom forced Diogo Costa to make a stop. When Son’s volley struck Joao Cancelo in the face, they immediately made a loud request to have the penalty waived. Cancelo actually had no opportunity to respond.

The Koreans were searching for a single motivation, a single objective that would carry them through. Son came close to escaping, but the final defender stopped him.

But as soon as the clock struck full-time, they suddenly achieved the desired outcome that hundreds of their followers had been pining for. After receiving a corner kick from Portugal, Son sprinted after the ball and ran to the edge of the box, where he encountered Hwang Hee Chan pursuing him. With the flawless pass and Hwang’s goal, Korea advanced to the round of 16 with a 2-1 victory. The counter-attacking scheme had brilliantly worked.

How Can Pakistan’s Economic Woes Get Solved?