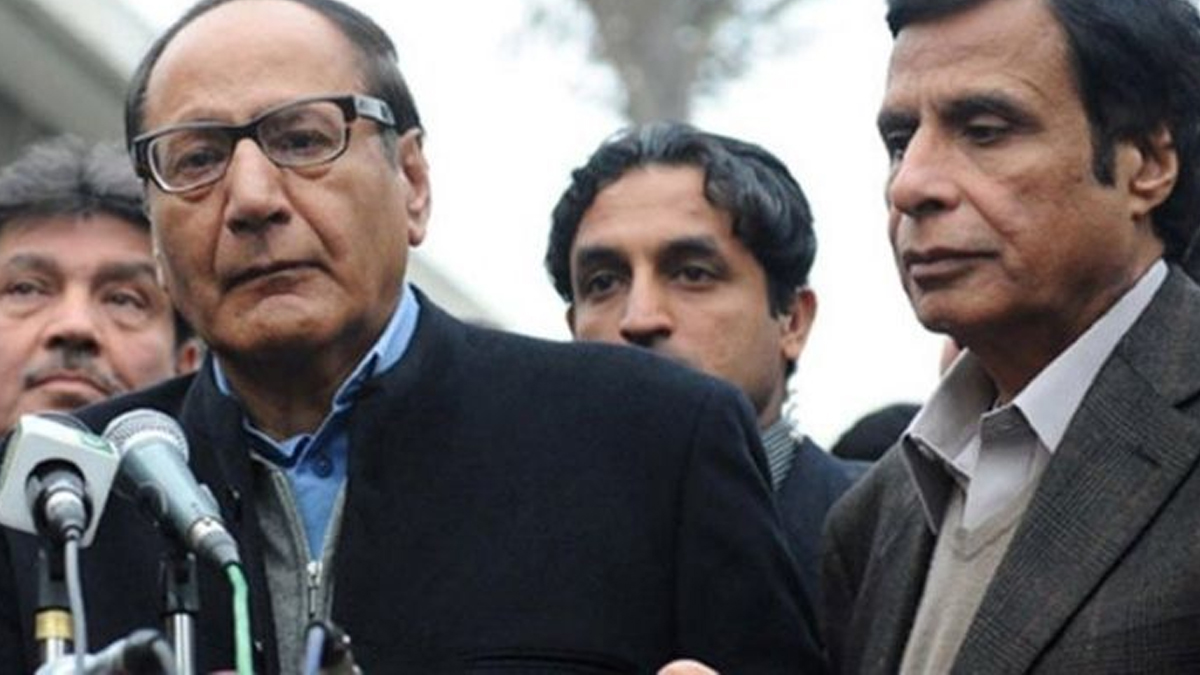 It is challenging to understand what the Q-League is doing, even at its best. The party has put up a brave front and pledged allegiance to Imran Khan‘s cause, but they appear to have been caught aback by his statement that they would seek the dissolution of the Punjab Assembly in an effort to force early elections.

But given the difficult journey they took to get there, the Pakistan Muslim League’s “Elahi faction” is finding it difficult to accept the idea that they might have to give up the chief minister’s post, which they were able to secure through labour, sweat, and tears as well as legal battles in the highest courts of the land.

Moonis Elahi, a youthful member of the traditionally pro-establishment party, however, raised many an eyebrow on Wednesday among PTI supporters when he openly admitted that former army chief retired Gen Qamar Javed Bajwa had recommended his party to endorse Imran Khan.

The younger Elahi’s defence of retired Gen Bajwa, his warning of PTI criticism of him, the timing of the interview, and all of these factors are causing a stir among PTI members. Many believe that this may be a plot to prolong his hold on the chief ministership.

While PTI leaders and supporters are blaming the former army chief for toppling Imran Khan’s government and all the other difficulties the party has recently faced on social media and in the media at large, Moonis has taken issue with this strategy, asserting that the former army chief had gone all out in his support for PTI.

Gen Bajwa has since retired, and Moonis regrets that he was given a negative reputation. He asserted, “Had he been horrible, he would not have urged us to support Imran.”

This is in keeping with the position taken by his father; just a few days prior, Chaudhry Parvez Elahi had served a show-cause notice to PTI lawmaker Musarrat Jamshed Cheema, who is currently the spokesperson for the Punjab government, for disparaging Gen. Bajwa in a media interview.

Additionally, even when he wasn’t on Imran Khan’s side of the issue, CM Elahi has often spoken out in support of the former army chief. An instance that comes to mind is the elder Elahi’s interview with the same Meher Bokhari a few days prior to the vote of no-confidence, in which he urged the establishment to put the baby (PTI) down and allow it to learn to walk in order to avoid being forced to continue “changing diapers” for the rest of their lives.

The PTI leadership, on the other hand, interprets this most recent interview in light of the fact that the politics of the Chaudhrys of Gujrat have traditionally depended on cordial ties with the ruling class.

According to PTI Senator Ejaz Chaudhry, the Chaudhrys’ politics are centred around obtaining “permissions” from the powerful.

The senator said, “The Chaudhrys have never, and would never, take any actions or make any judgments without first receiving approval from the establishment.”

However, senior PTI official Fawad Chaudhry claimed that Moonis had merely provided his viewpoint on a few subjects and praised their support for Imran Khan and the PTI. It is irrelevant to base judgments and relationships on past success, he continued.

“Moonis Elahi and Parvez Elahi are staunch supporters of Imran Khan, and drawing any inferences about his statements without considering their context will be inaccurate. Even while Moonis Elahi was being attacked by PTI supporters,” Mr. Chaudhry tweeted, “The PML-Q is a strong ally of the PTI and will continue as such.”

Smog May Cause Schools to be Closed in Lahore