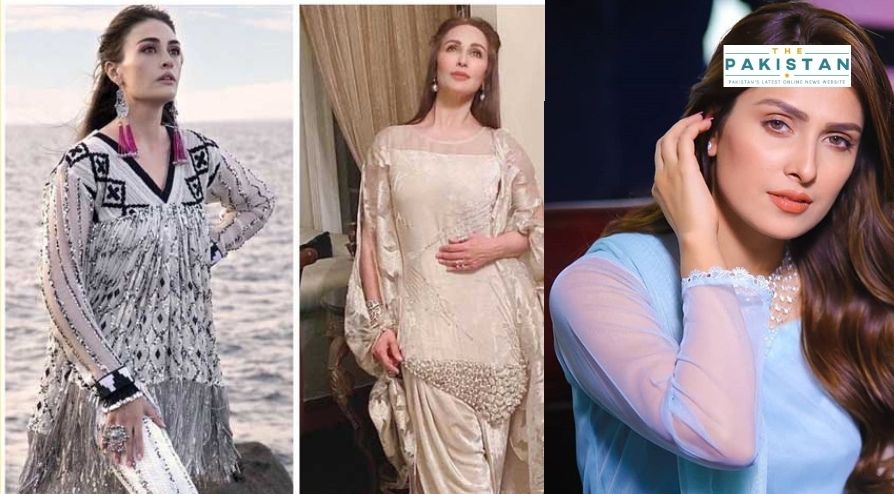 Social media is up in arms against the actress Ayeza Khan who recently shared a collage of Pakistan actress Reema Khan and Turkish superstar Esra Bilgic with a caption that Esra looks like Reema Khan.

Fans were visibly angry at her for the comparison as some said that there was no comparison between the two whereas others remarked that both were equally beautiful and there should be no comparison.

Must Read: Doppelganger Alert: Fans Gush Over Similarities Between Hamza’s Sister And Katrina

Ayeza is one of the top actresses in the country as her last show Mere Pass Tum Ho broke all previous records and her acting won her rave reviews for the show.

The show broke earlier records and Ayeza became a household name in the country.

Meanwhile, Esra — already a big name in the world due to her global hit Ertugrul — has also become a famous name in Pakistan. The show has garnered a lot of positive reviews in the country as it was personally recommended by Prime Minister Imran Khan.

Since then, it has taken over the narrative in Pakistan as audiences are now looking for something different from their local drama industry.

Moreover, the fans have also grown very loyal to the Turkish actors as they are not willing to accept any criticism on either the show or the stars.

The rebuke faced by Ayeza Khan was also faced by actor Yasir Hussain and Fahad Mustafa who both criticised the Turkish actors.

Fahad Mustafa in an interview had said that the Turkish actors are good and must be praised for their jobs but we must acknowledge the fact that they are taking local industry’s share.

HE said that the government should provide impetus to the local industry so that products like Ertugrul or Yunus Emre can be made.