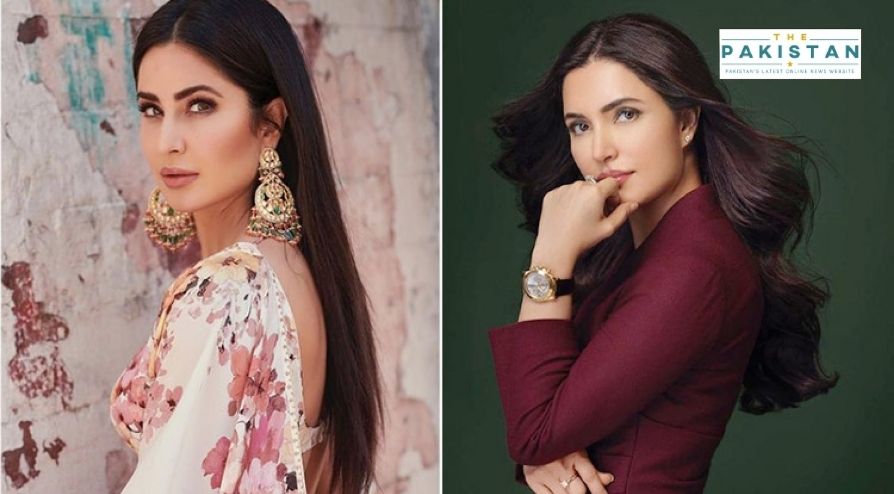 Fazeela Abbassi’s pictures were snapped during a wedding ceremony of Naimal Khawar Abbassi’s sister. She can be seen posing alongside the family and her brother Hamza Ali Abbassi.

Fans and news pages shared the pictures of Fazeela and Katrina together and couldn’t help but notice the similarities between them. Some even said that the Abbassi family was blessed with genetic bonanza as good looks run in the entire family.

Naimal Khawar was also snapped at the wedding where she can be seen wearing heavy jewelry and embroidered dresses. In one of the pictures, she is sipping on soda while having fries on the side.

Meanwhile, TV personality and former actor Hamza Ali Abbassi was also wearing his trademark black shalwar kameez with a shawl on the top. Several videos and images of the event were shared on social media.

Hamza and Naimal’s son was also snapped at the wedding which was shared on social media. The couple got hitched in August last year after Hamza shared a heartfelt message on social media where he said that he had said that the two shared platonic love.

Since then, however, Hamza has sidelined himself from acting and is not grooming himself to be a TV host after completing his spiritual journey towards Islam. Recently, he interviewed Prime Minister Imran Khan where the two discussed their past and how they were able to move towards Islam.

Abbassi also talked about his personal struggles and how he came nearer to God and is looking to redeem himself.