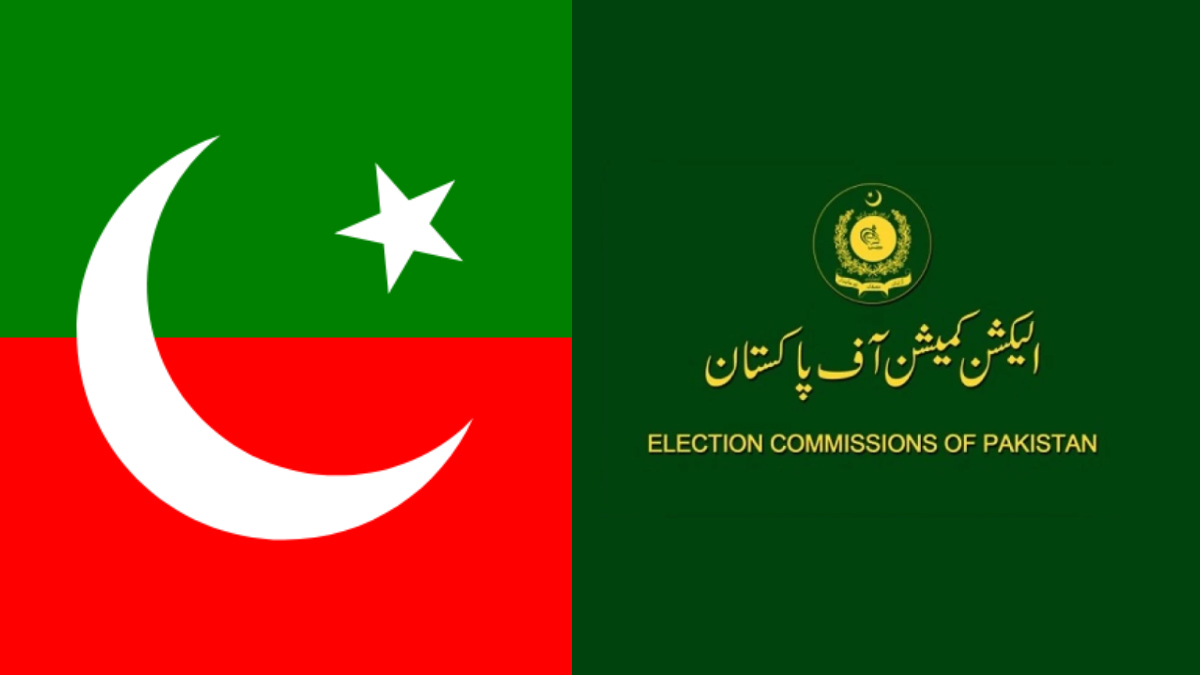 PTI Was Given A Show-Cause Notice

The PTI was given a show-cause notice by the Election Commission of Pakistan (ECP), which on Tuesday declared unanimously that the party had actually received illegal funds.

The decision in the case brought by PTI founding member Akbar S. Babar, which had been waiting since November 14, 2014, was made public by a three-person ECP bench led by Chief Election Commissioner Sikander (CEC) Sultan Raja. The judgement, which was withheld on June 21, was supposed to be delivered at 10 am but was delayed by approximately 30 minutes.

The commission highlighted that the party “knowingly and intentionally” accepted cash from Wootton Cricket Limited, run by business mogul Arif Naqvi. According to the document, the recipient was a “willing beneficiary” of $2,121,500 in illegal funds.

The panel found that the party neglected to reveal three accounts that were also handled by the senior leadership of the party. The PTI’s failure to disclose and hide the existence of 16 bank accounts violates Article 17(3) of the Constitution, according to the statement.

The Form-I that the PTI chairman presented for the five years (from 2008 to 2013) was deemed “grossly incorrect” based on the financial accounts that this commission got from SBP and other evidence in the public record.

Read More | Declaring Governor’s Rule Not A Piece Of Cake

After the decision was announced, PTI’s Fawad Chaudhry told the media that the majority of the funds came from Pakistanis living abroad.

Political Parties Have Labelled Foreign Pakistanis As The Enemy

The PTI leader commented on the situation and claimed that the ECP’s ruling proved there was never a case of “foreign money.” He continued by claiming that the allegedly undeclared accounts had no direct connection to the PTI head.

How Political Parties Were Funded

The former minister asserted that the public had a right to know how political parties were funded. “No party, including the PTI, has the right to keep the public in the dark about its finances.”

Before the ECP’s decision, the security in Islamabad’s “red zone” was on high alert. The decision has been made to send 1,000 police officers to the location, and the anti-riot force will also stay in the restricted area. The Red zone will not be accessible to strangers.

As the moment for the decision drew near, television images showed Islamabad police stationed outside the structure with riot shields.