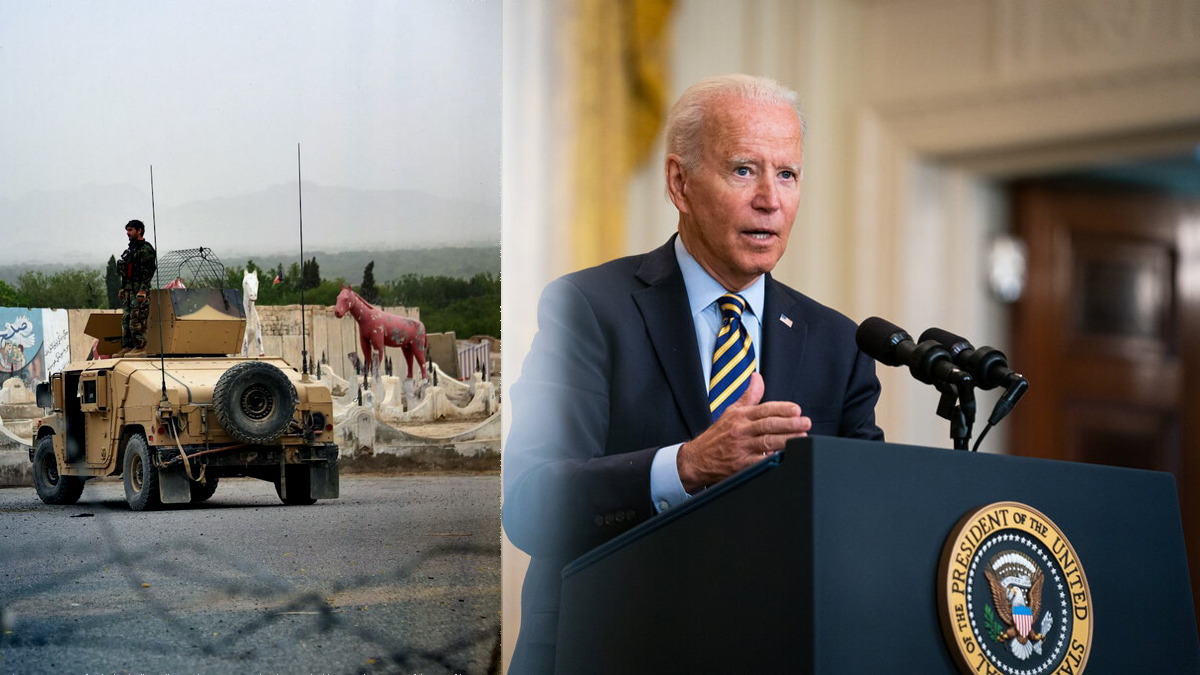 US President Joe Biden has stood by his decision to withdraw military forces from Afghanistan as he said that US operations will end on 31 August.

Biden is the fourth US president to oversee the war. He said the speed of the US withdrawal was being monitored as “it saved lives”.

Mr Biden’s speech comes at a time as the Taliban militant group continues to seize territory around the country.

The US forces have been in Afghanistan for about 20 years, following the terror attacks of 11 September 2001.

Mr Biden, earlier this year, set 11 September 2021 as the deadline for withdrawing all US troops.

Ex-president Trump had agreed with the Taliban to draw out US troops by May 2021, but that deadline was extended by Mr Biden after he took office in January.

Biden announced Thursday that the US military mission in Afghanistan is set to end on August 31, nearly 20 years after it began. He said, “Taliban takeover of the country is not inevitable”.

Biden said the US military has “achieved” all its goals in the country – killing Osama bin Laden, diminishing Al-Qaeda and stopping more attacks on the United States. “We are stopping America’s longest war,” he said.

“I will never send another generation of Americans into war in Afghanistan. The US cannot afford to remain tied to policies created to respond to a world as it was 20 years ago,” he said.

“We need to face the threats where they are today.” Biden said the US “did not go to Afghanistan to build a nation.”

“It is the responsibility of the Afghans to decide their future.”

Biden said the US will continue supporting the Afghan government and security forces to face threats from the Taliban. “There is a place for you in the United States if you choose,” he said. “We will continue to stand with you, just as you stood with us.”