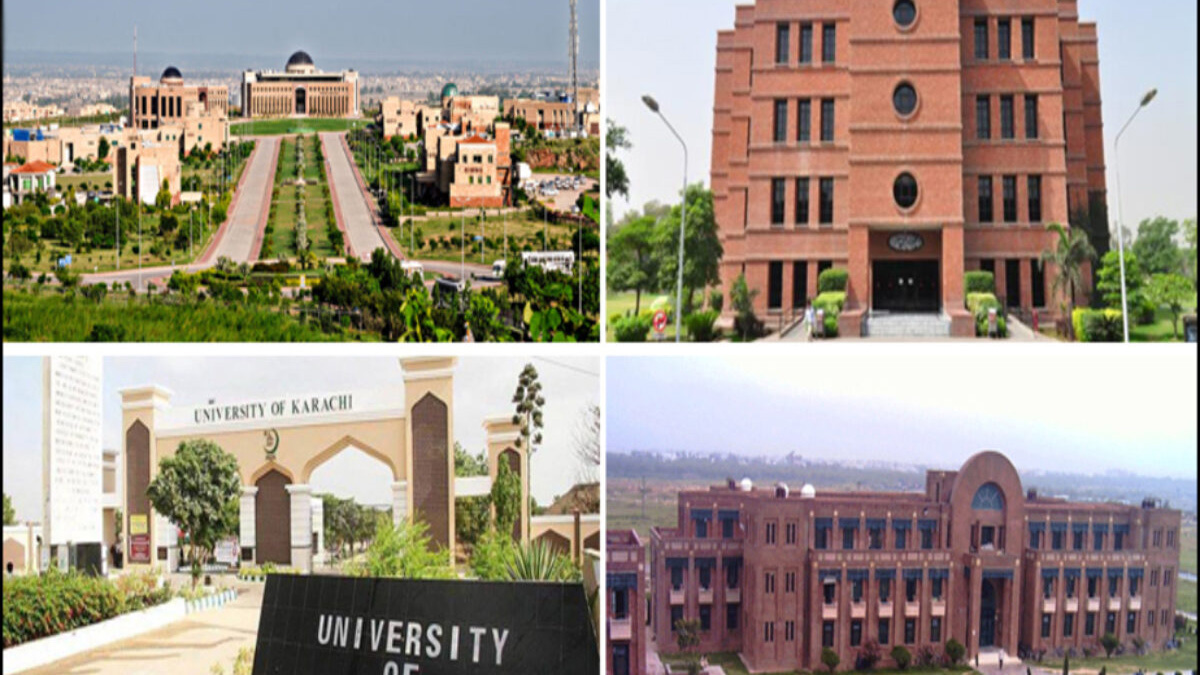 Finest Universities in the World

According to a recent study, the list of the finest universities in the world that was prepared by the QS Subject Rankings, seven Pakistani colleges rank within the top 500 in various subject areas.

These illustrious educational institutions are known by their acronyms: NUST, COMSATS, Punjab University, LUMS, Quaid-i-Azam University, and Aga Khan University. UET stands for the University of Engineering and Technology. These are the kinds of educational establishments that the vast majority of Pakistani students have their sights set on enrolling in. Nearly every college or institution in the world has tens of thousands of students enrolled at any one moment.

Universities are Ranked on Five Criteria

The universities are ranked based on these five criteria according to the QS global ranking report. These include one’s academic reputation, the reputation of their job, the number of research citations per publication, the h-index (which measures the quality and impact of research), and one’s participation in an international research network. Each and every one of these is validated by reputable surveys and agencies, who provide their verdict after doing extensive study on the respective institutions.

Read More | Compelling Reasons Why You Should Study Abroad

Degrees in Social Sciences and Management

In the third category, which is for degrees in the social sciences and management, Pakistan has five institutions that score high on the list. In this particular academic area, LUMS is now ranked first in Pakistan and 285th on the QS global ranking. The next two universities on the list, NUST and Quaid-i-Azam, are ranked between 401 and 450 respectively. After them comes COMSATS University Islamabad and Punjab University, both of which are ranked within the top 451 and top 500 institutions in the world.

The field of life sciences and medicine is the next to be discussed, and the Aga Khan University in Pakistan has the 349th spot on the QS global ranking list. The last component of the topic is the arts and humanities, and only LUMS has a shot of being ranked among the top 401 to 500 institutions in the world.