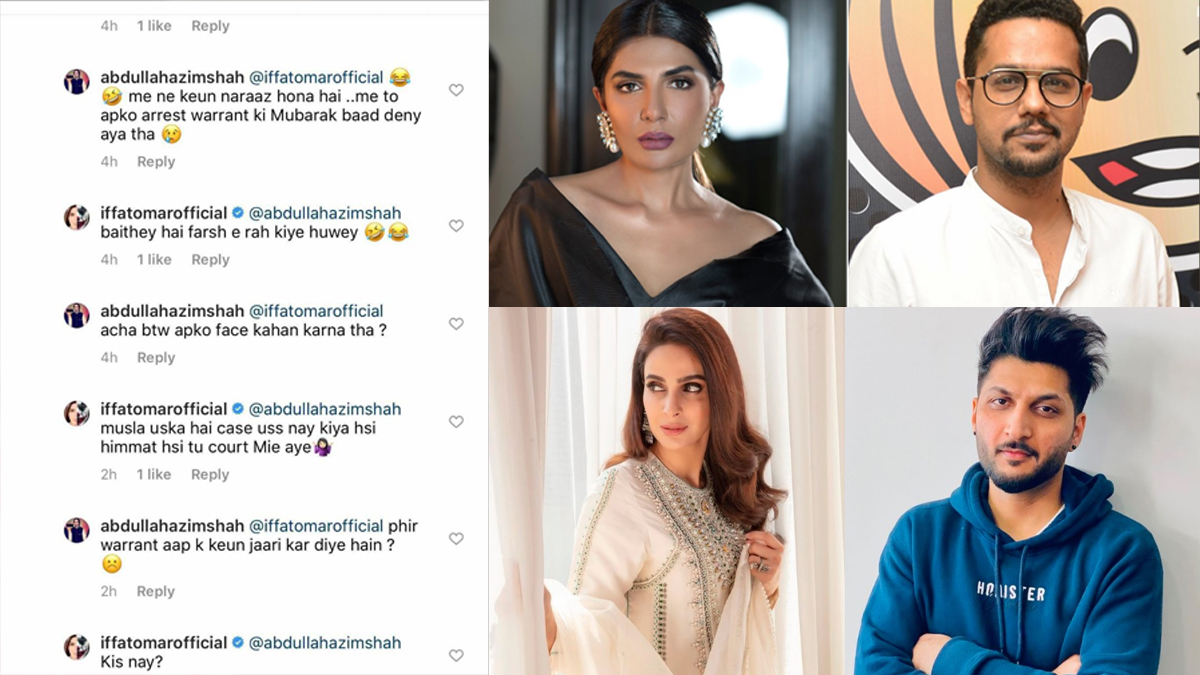 The Lahore Judicial Magistrate summoned musician Meesha Shafi in a case against her under the Cyber ​​Crimes Act while issuing arrest warrants for actress Iffat Omar and singer Ali Gul Pir.

As per media reports, all the accused in the case failed to appear before the magistrate on Tuesday.

All of the accused said they work in Karachi because of their permanent residence, and it was difficult for them to appear at every hearing in court.

However, Magistrate Yousuf Abdul Rehman, in a written order issued yesterday, refused to accept the reasons given by the accused and rejected the petitions filed for permanent immunity.

Furthermore, the magistrate issued bailable arrest warrants for Ali Gul Pir and Iffat Omar for their non-appearance before the court.

On the other hand, a Lahore district court issued bailable arrest warrants for actress Saba Qamar and singer Bilal Saeed on Wednesday in a case of desecration of Wazir Khan mosque.

Jowaria Munir Bhatti – the Judicial Magistrate – issued the warrants and set the bail at Rs30,000 each as the two did not appear for the court hearing.

The next hearing was set for October 6.

The Akbari Gate police, last month, registered a case against the duo on the complaint of Farhat Manzoor – a lawyer.

Saeed and Qamar became the centre of criticism in August 2020 after it had come to light that they had shot a music video inside the historic mosque. The two were working on the video of a song – “Qubool hai”.

Qamar had responded to the criticism by saying that they were shooting for a “prologue to the music video featuring a Nikkah scene. It was not shot with any sort of playback music and has not been edited to the music track”.