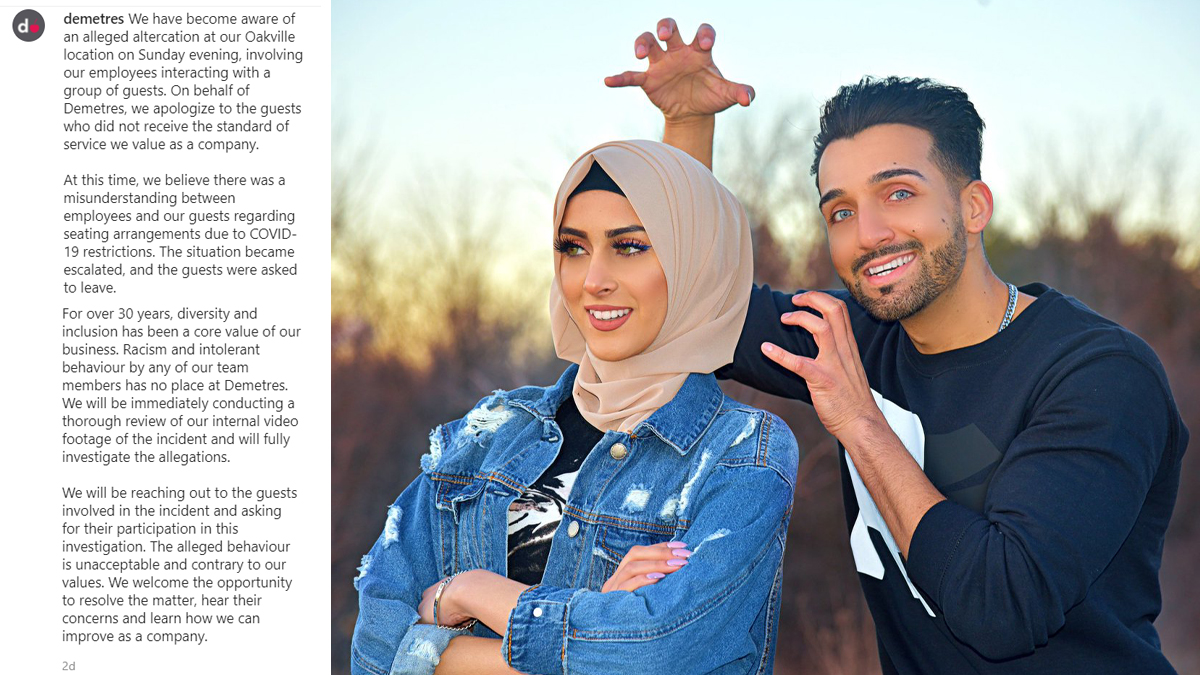 Famous YouTuber Sham Idress and wife Queen Froggy have accused a Canadian Cafe of Islamophobia. Idrees said that a Canadian cafe chain, Demetres, didn’t serve him and his wife because “of our faith”. The cafe, on the other hand, has denied all the allegations levelled by the famous YouTube duo saying that the issue was simply about “Covid seating”.

In a statement circulated by Demetres, the restaurant claimed that it believes “there was a misunderstanding between our guests and employees regarding seating arrangements based on Covid-19 restrictions.”

The cafe management added, “The situation intensified, and the guests were requested to leave.”

Meanwhile, the cafe, in a statement on their Instagram account, apologised for any inconvenience that has been provoked by their staff.

Idrees posted a video on his Instagram account, saying that he and his wife had the worst experience of their lives.

Detailing the incident, Idrees said, “We had the saddest experience of our lives. The servers were racist who told us that they would not cater to “people of your kind”.

His wife, Queen Froggy, added, “I am heartbroken. Demetres Oakville did not take our order and asked us to leave just because we are Muslims and wear hijab. I am very disgusted. I ask you all to go to Google Maps, click review and give them 1 star and write #Banislamophobia. We should make sure that it never happens to anyone else again!”

On the contrary to what the couple expected, many netizens leaned towards the restaurant’s account of the events, blaming Idrees and his wife for ‘lying’ about what happened.

A user wrote that Idrees had done a great “disservice to Muslims in Canada by forging a scenario of his wife being hated for her hijab”.

“This weakens actual complaints of Islamophobia,” she added.

Many people called for the YouTuber to publish a complete video of the confrontation rather than mere snippets.