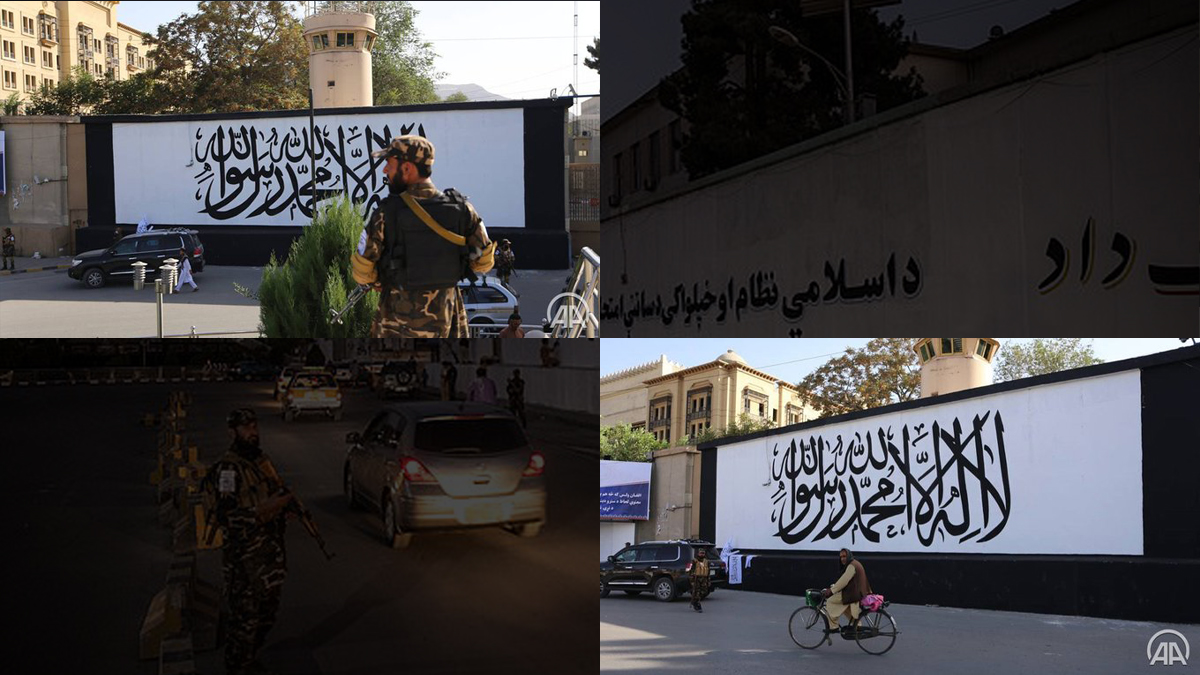 Fox News on Monday reported an image showing the Taliban’s white flag painted on the outer wall of what was the former US embassy in Kabul – Afghanistan.

The flag was drawn in the last few days. The Islamic Emirate of Afghanistan’s coat of arms can be seen on the right-hand side of the image.

The US embassy in the Afghan capital was closed on August 15. The step was taken following reports that officials were destroying sensitive equipment and documents before the Taliban’s takeover of Kabul.

Fox News, during that time, had also obtained an image of the US embassy flag being taken out of the Afghan capital.

“The US government has taken out its personnel from Kabul. We will proceed to assist US citizens and their relatives in Afghanistan from Doha, Qatar,” said the State Department in a message.

The Taliban, on Monday, issued a statement saying they have taken control of the Panjshir province – located north of Kabul. It served as the breeding ground of the country’s top resistance force.

Reuters brought forth photos on social media that showed armed personnel of the Taliban standing at the entrance of the provincial governor’s compound.

The Panjshir province was the only holdout of anti-Taliban forces in Afghanistan and the only province that the Taliban had failed to seize during their sweep last month.

So far, over a hundred robbers and thieves have been caught since the Taliban seized control of Kabul, while the armed group has constantly been updating the public by posting video footage on social media.

On Tuesday, Taliban spokesman Zabihullah Mujahid, who is the acting culture and information minister now, announced the Taliban interim setup administration, saying in a news conference that economy and security are the two significant challenges the government will address initially.