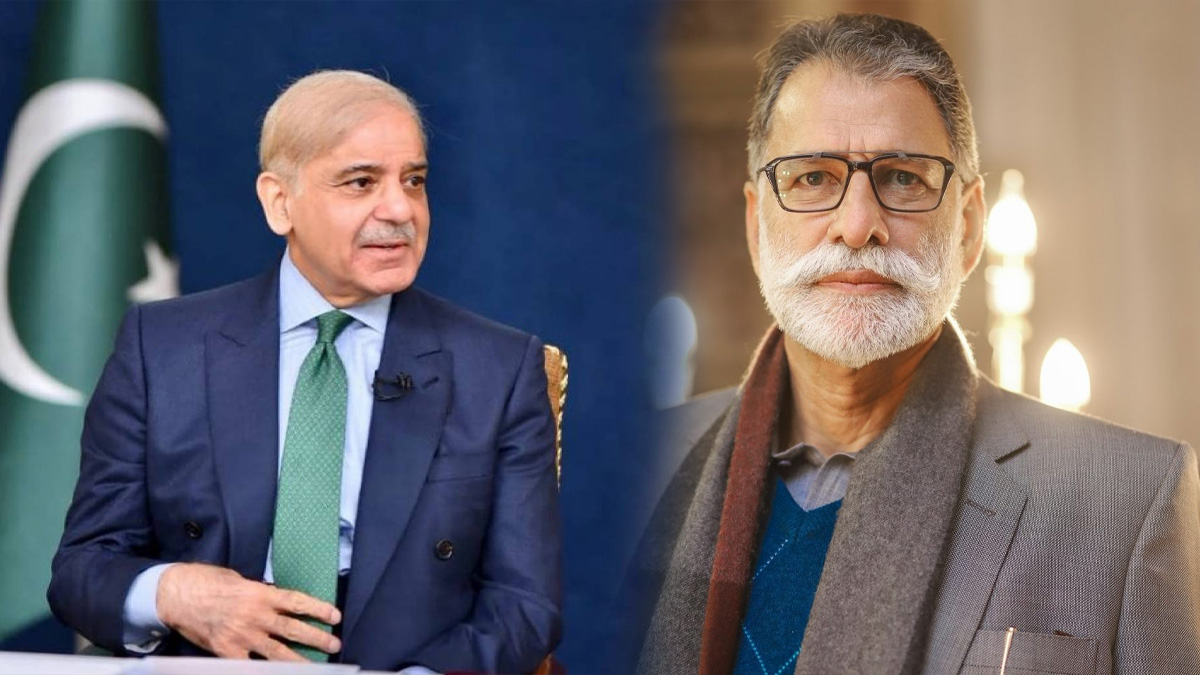 The Special Assistant to the Prime Minister Attaullah Tarar accused Mr. Ilyas of undermining the cause of Kashmir in order to advance his commercial interests on Tuesday, one day after a verbal altercation between Prime Minister Shehbaz Sharif and Azad Kashmir Prime Minister Sardar Tanveer Ilyas in Mangla.

Speaking at a press conference alongside former AJK Legislative Assembly speaker and president of the Pakistan Muslim League-Nawaz (PML-N), Shah Ghulam Qadir, Mr. Tarar claimed Tanveer Ilyas was operating Taj Residencia, a housing development, without a no-objection certificate (NOC) and was trying to pressure the federal government to obtain one.

He claimed that before the building caught fire, the Islamabad-based Centaurus Mall had received four notifications for breaches and failing to adhere to the building blueprints.

Speaking at the event, Shah Ghulam Qadir demanded an apology from the prime minister of Azad Kashmir for acting inappropriately toward Prime Minister Shehbaz Sharif and endangering the country’s interests. He also threatened that a protest campaign would be launched against him following the third round of Thursday’s local elections in Azad Kashmir (Dec 8).

What did Tanvir Ilyas do?

He asserted that the prime minister of AJK was attempting to incite the youth of Azad Kashmir against Pakistan, which, he claimed, would only be advantageous to India. He questioned, “Are you attempting to placate Modi?”

The burning of Prime Minister Shehbaz Sharif’s effigy on Tuesday in Muzaffarabad was mourned by Mr. Qadir, who also stated that the Kashmir dispute was primarily about the struggle for Kashmir’s incorporation into Pakistan. The president of PML-N Azad Kashmir denied PTI’s claims that it had won the municipal elections by claiming that the Pakistan Democratic Movement (PDM) had won more seats overall.

He stated that the vice chairman of the Muzaffarabad District Council will be a combined candidate of the PML-N and PPP-AJK, and that Muzaffarabad’s mayor would come from the PML-N.

He projected that similar events would take place in the district councils of Palandari, Haveli, Rawalakot, and Neelum.

He asserted that about 20 members of the AJK Legislative Assembly were prepared to contribute to Tanveer Ilyas’ removal, but the PML-N and PPP leadership had prevented them from doing so.

To express their ire at Prime Minister Shehbaz Sharif for “insulting” their leader and state premier Sardar Tanveer Ilyas at a function in Mirpur the other day, dozens of PTI supporters in Azad Jammu and Kashmir (AJK), including many recently elected councillors, gathered at a busy roundabout here on Tuesday.