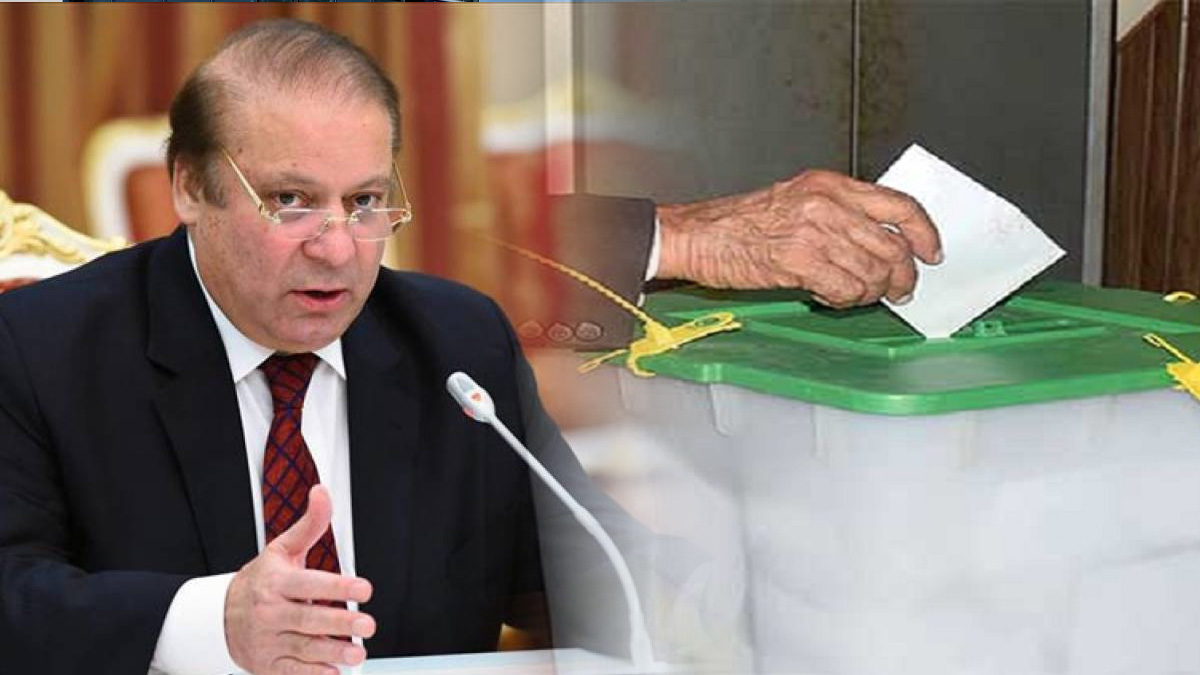 PML-N is “running away” from elections

Nawaz Sharif, who is the party’s supreme leader, has instructed the PML-provincial N’s chief to start doing research to shortlist qualified candidates for elections in an apparent effort to dispel the notion that the PML-N is “running away” from elections in Punjab and that it appears to be out of legal options to prevent a potential dissolution of the provincial assembly.

Party leaders assert that they are merely ready for the possibility that the province goes to the polls since they don’t think Punjab’s ruling alliance would dissolve the legislature.

The PML-N‘s Punjab president and interior minister Rana Sanaullah will preside over the provincial chapter meeting of the party on Friday in Model Town to discuss election preparations, the party’s Punjab information secretary Azma Bokhari informed on Tuesday.

She claimed that the elder Sharif had ordered the conference to be arranged in order to begin the process of selecting qualified candidates for elections in the event that the Punjab Assembly were to be dissolved.

“Let me assure you, nevertheless, that Imran Khan would not order the dissolution of the [house] at the conclusion of the day. But we want to be completely ready in case he does,” MPA Bokhari added.

Before, the Sharifs reportedly received advice from “well-wishers” in the party to change their narrative of “saving Punjab Assembly at any cost” and adopt a more resolute tone that demonstrates they are not afraid to run for office in the event Punjab Chief Minister Chaudhry Parvez Elahi dissolves the assembly at the request of Pakistan Tehreek-i-Insaf (PTI) chief Imran Khan.

According to the PML-N, the party intended to preserve the assemblies for legal, financial, and law-and-order reasons.

The PML-N appears to have conceded that it might not be able to stop the dissolution of the Punjab Assembly as it announces election preparations.

“The PML-N seems to have decided that it doesn’t have many options to prevent the dissolution of the PA, thus it is better to prepare to go to the polls in the province,” a party source told on Tuesday. “If and when the assembly is dissolved.”

He claimed that the PDM had given PPP leader Asif Ali Zardari the duty of courting “disgruntled” PTI MPAs but that neither Hamza Shehbaz, the leader of the opposition in the PA, nor Asif Ali Zardari had been successful in doing so as of yet.

According to the source, the imposition of governor’s rule and requesting a vote of confidence from the Punjab CM were the other possibilities, which could not be used while the PA was in session, if the opposition failed to present a no-trust motion against the CM. The PML-N leader has authorised the party’s Punjab unit to begin its election preparations “keeping such a possibility in mind,” the author continued.

Tuesday, Interior Minister Sanaullah requested that CM Elahi dismiss the legislature so that his party may run in the elections.

However, according to former National Assembly speaker Sardar Ayaz Sadiq, the late PM Nawaz Sharif would be coming home to Pakistan in January.

The federal minister stated on Tuesday that “Nawaz Sharif will return to the nation next month and also give party tickets to those contesting the elections.”

Many party leaders had asked the senior Sharif to return and take on Imran Khan’s challenge during previous meetings. Prior to the upcoming general elections, senior figures like Shahid Khaqan Abbasi and Rana Sanaullah predicted that Nawaz will be in Pakistan.

According to the source, “Nawaz Sharif is looking for some relief in the corruption charges to pave the path for his comeback.”