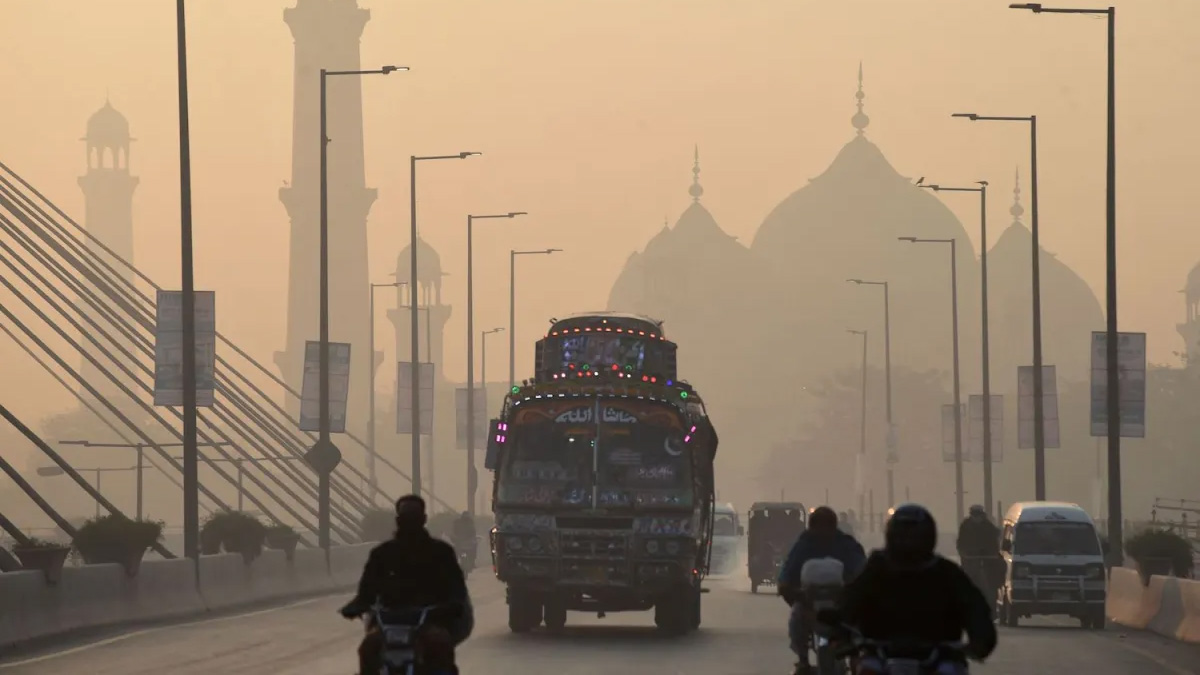 Smog in Areas of Punjab

Due to the dangerous amount of smog in areas of Punjab, particularly in Lahore, the Lahore High Court (LHC) directed the administration to announce the closure of schools in the provincial capital for at least three days a week on Tuesday.

Chief Minister Parvez Elahi, who called pollution a “calamity,” ordered the proper implementation of a strategy intended to lessen haze in the province and stated that steps should be done to control the causes.

The CM stated that the ongoing SOPs to minimise smog must be implemented in full; failure to do so would not be accepted. The departments of the environment protection department (EPD), transportation, and industries should go into the field in coordination with administrative officers. He declared that people who set crop residues on fire should face “indiscriminate action”; this is a prohibited activity in the province.

He added that the anti-smog squad should routinely check smoke-emitting vehicles in the city to reduce infractions and that legal action should still be taken against smoke-emitting automobiles. According to the instructions, the anti-smog squad shall make sure that cars are checked at the entrances of Lahore. The CM claims that in order to eliminate crop wastes, farmers would be given access to new harvesters. It should be ensured that all brick kilns be converted to zigzag technology, he continued.

Separately, the Punjab Environment Protection Council discussed plans to create car-free regions in Lahore and assign traffic days in these areas, according to APP. It was also recommended that more and more trees with big leaves be planted all across the city since they would help reduce the amount of dust that lingered in the city’s air.

Read More | Smog May Cause Schools to be Closed in Lahore

The council recommended encouraging the use of electric public transportation and banning all automobiles older than 30 years in Lahore from October through December.

In addition, Minister Basharat Raja stated that all barriers to the usage of electric vehicles should be abolished.

The council also recommended only allowing some estates and parks in Punjab to be used as industrial zones.

Separately, the high court ordered the Punjab administration to warn parents that the province capital’s schools will be closed for three days each week due to worsened pollution levels. While hearing public interest petitions on several environmental issues, Justice Shahid Karim issued the ruling.

The judge gave a provincial law officer till Wednesday to present the notice of the schools’ closure in court (today). The deputy commissioner of Lahore was also invited by the judge to the subsequent hearing. The law enforcement official stated that in accordance with the court’s directive, the government would issue a notification regarding today’s school shutdown.

The judge had stated last week that the government had failed to manage smog, and he had ordered the Environment Protection Agency (EPA) to create rules to strengthen punishment for brick kilns and other enterprises that broke the rules. Justice Karim remarked that smog had been causing health issues for individuals, particularly kids and the elderly.