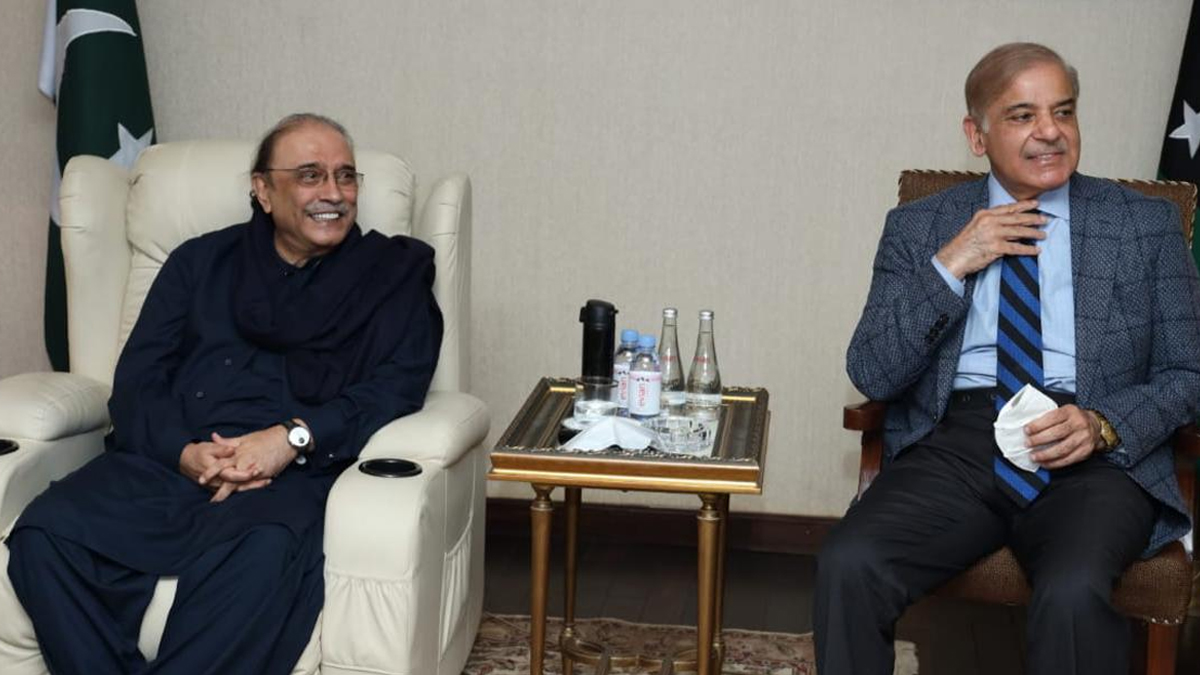 Asif Ali Zardari and Prime Minister Shehbaz Sharif met on Tuesday for the second time in eight days to discuss measures to avert a potential political crisis following the PTI’s decision to dissolve the Punjab and Khyber Pakhtunkhwa assemblies.

The prime minister is also anticipated to meet with other coalition partners in the upcoming days to plan a course of action and talk about the potential dissolution of both chambers.

Both leaders discussed the nation’s present political climate during their discussion, which, according to the Prime Minister’s Office, took place in the PM House.

They also discussed how the devastating monsoon floods of this year were remedied, as well as how the displaced flood victims were faring as winter approached. According to a formal news statement, “both leaders agreed to speed up the process of rehabilitation of flood-hit individuals.”

The PM has given Mr. Zardari the duty of restoring the Pakistan Democratic Movement’s (PDM) government in Punjab, according to sources in the PPP.

The former president, who is renowned for his capacity to forge political solutions where none appear to exist, is scheduled to visit Lahore soon.

Prior to this meeting, Mr. Zardari had meetings with the Mutahidda Qaumi Movement’s Khalid Maqbool Siddiqui, the head of the Pakistan Muslim League (PML-Q), Chaudhry Shujaat Hussain, and Finance Minister Ishaq Dar, who is thought to be the spokesperson for PML-N supremo Nawaz Sharif, who is currently living in exile.

Fawad Focuses Efforts to Help PTI Mend Fences With US