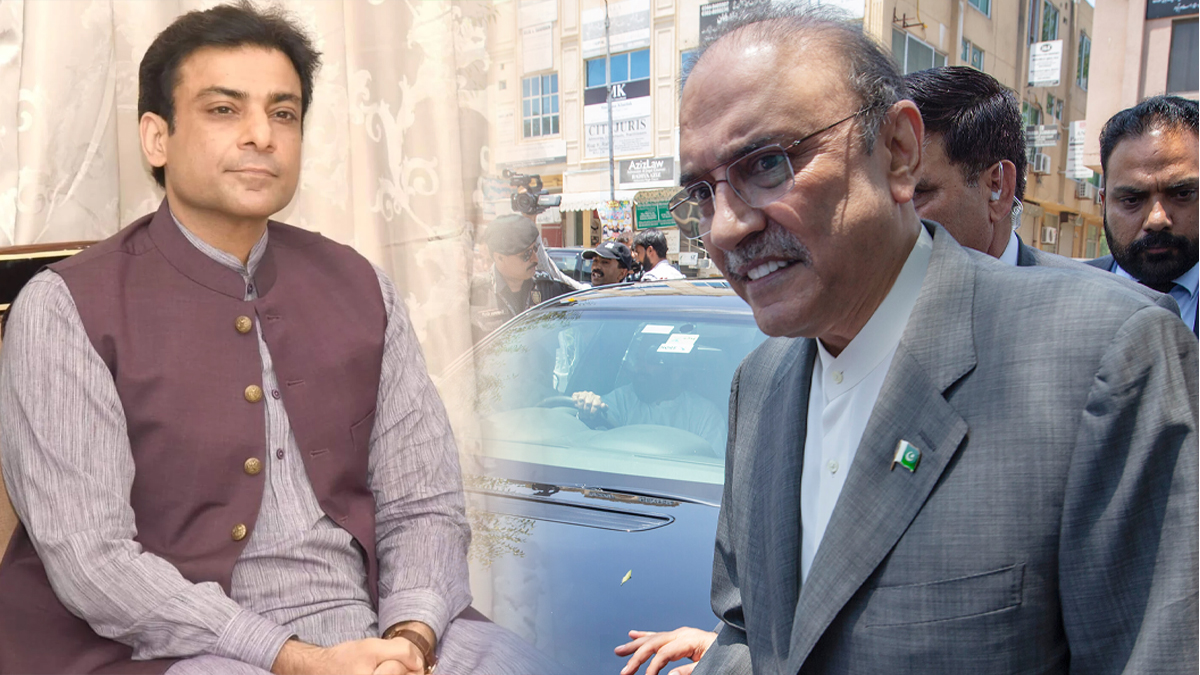 PPP leader Asif Ali Zardari reportedly promised PML-Q president Chaudhry Shujaat Hussain that in any situation where a new set-up may be created in Punjab to frustrate the PTI’s attempt to dissolve the legislature, PML-N leader Hamza Shehbaz won’t be granted the position of chief minister.

Regarding Mr. Zardari’s most recent visit, Mr. Shujaat claimed that the former president only came to ask about Mr. Shujaat’s health, as reported.

However, according to sources cited by Geo News, Mr. Zardari ordered him to stop Chief Minister Parvez Elahi from dissolving the legislature and promised him a new setup would be in place following deliberations.

According to Mr. Zardari’s advice, the opposition is attempting to gain the support of PML-Q MPAs led by Elahi.

Assuring Mr. Shujaat that Hamza Shahbaz would not serve as chief minister under the new system was the former president.

The Gujrat Chaudhry family and the PML-N leadership have been fierce rivals in power politics for many years.

Between the PTI and the PDM-led federal government, Chaudhry Shujaat attempted to mediate.

“Staying in touch between politicians can help prevent economic harm. I will personally contact with Prime Minister Shehbaz Sharif about this if Imran Khan requests it,” the seasoned politician said Geo News on Wednesday.

In view of the “deteriorating economy,” PTI has been putting pressure on the coalition government at the Centre to call early elections.

Although the PTI has consistently called for early elections since since Imran Khan was overthrown in April, an ally of the PTI, CM Elahi, recently stated that he did not anticipate elections happening within the next four months.

All of the assemblies should complete their terms, according to Mr. Shujaat, who also added that the dissolution of the Punjab Assembly would lead to a constitutional crisis.

According to Chaudhry Shujaat, Mr. Zardari only came to his house to inquire about his health during their encounter.

Even if it’s likely that we might talk about Parvez Elahi in the future, he stated, “I did not discuss about Punjab’s condition with Asif Zardari.”

Both Elahi and the PDM were not topics of conversation between Mr. Zardari and the PPP leader, according to Mr. Shujaat.

According to Chaudhry Shujaat, he only spoke with Parvez Elahi on issues of “national importance” and does not talk politics with the chief minister.

He admitted, “I had advised Parvez Elahi not to file a first information report (FIR) against the army commander [in the case regarding the gun attack on Imran Khan].”