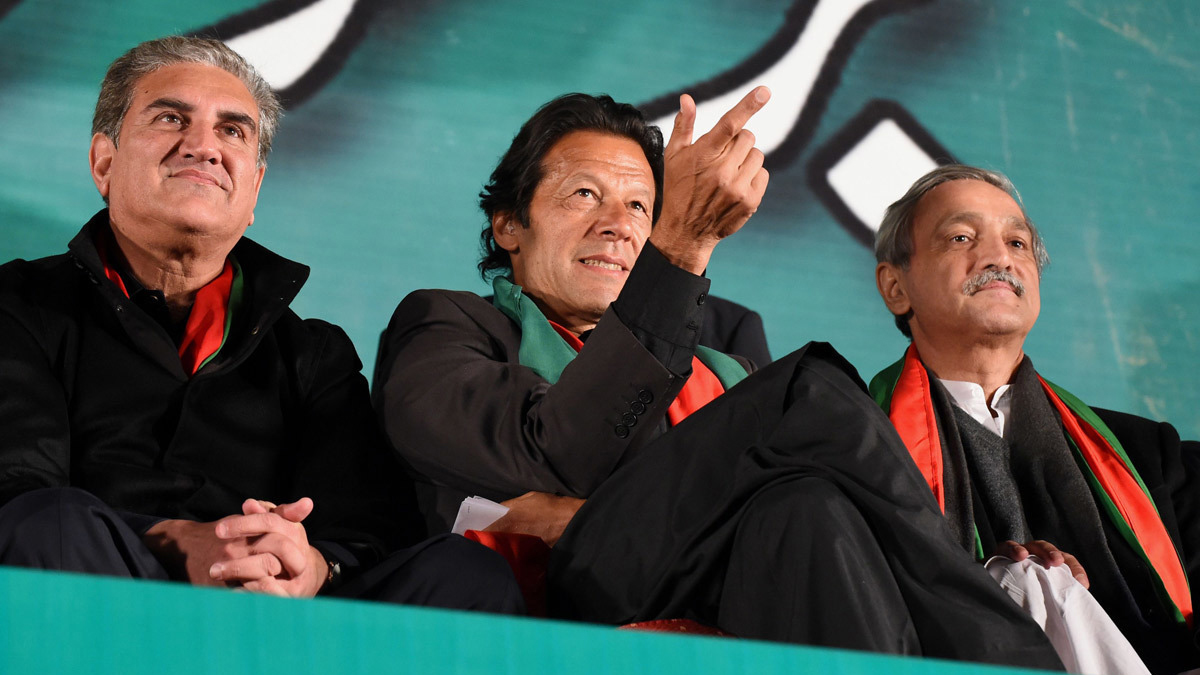 Imran Khan renewed his threat to dissolve the Punjab and Khyber Pakhtunkhwa assemblies, but the time it took to garner support for and carry out his plan appears to be working against him as the reality on the ground is evolving.

On Wednesday, Mr. Qureshi asserted that Mr. Khan had stated his belief that the only way to address all the problems facing the country was to hold new general elections.

Dissolution of Punjab and KP Assemblies

He reported the party leader as saying, “Seriousness to the cause necessitates prompt dissolution of the Punjab and KP assemblies.”

The former foreign minister stated that the PTI leader intended to adopt confidence-boosting measures to close the “gulf formed due to misconceptions” over the previous eight months without mentioning the military establishment or the federal government.

The most recent claim, however, comes at a time when Chaudhry Parvez Elahi and Mahmood Khan, the chief ministers of Punjab and KP, may just be flexing their previous position of absolute and unshakable support for Imran in moving forward with abandoning the assembly.

Parvez Elahi recently stated that the Punjab Assembly would continue to operate past Ramadan and into April. Mahmood Khan of KP has also demonstrated some pliability by announcing that his assembly would be dissolved following the Punjab legislature.

The PTI is reportedly experiencing internal rifts as many MPAs oppose dissolving the Punjab Assembly, while the PML-Q, the PTI’s ally in Punjab, is busy planning how to milk its administration and win more footing in the province.

Additionally, according to reports, these parliamentarians might decide not to vote in a potential election for chief minister if Mr. Elahi is persuaded to cooperate with the PML-N, as is rumoured, and accept its offer to serve as speaker of the House of Representatives.

The party’s president wanted the election process to be finished and a new public-mandated government in place by Ramadan, which starts at the end of March, Mr. Qureshi told the media after the party’s top leadership meeting on Wednesday at Imran Khan’s Zaman Park mansion.

Qureshi said, regretting that the efforts had been ineffective, “Imran Khan says there should be no further delay in the dissolution of provincial assemblies as he took all measures by sending messages(to political players) through various sources, including direct talks led by President Dr. Arif Alvi.”

He said that the party aimed to close the gaps established during the previous eight months in order to put an end to the nation’s political and economic chaos.

He expressed regret and cited the alleged infighting within the government, specifically between former and current finance ministers Miftah Ismail and Ishaq Dar, as an example. “It is the [Pakistan Democratic Movement] government’s own choice if it wants to keep its personal interests supreme than the country’s, and let Pakistan further sink into a plethora of problems that the new government will be unable to recover from during its constitutional term in power,” he said.