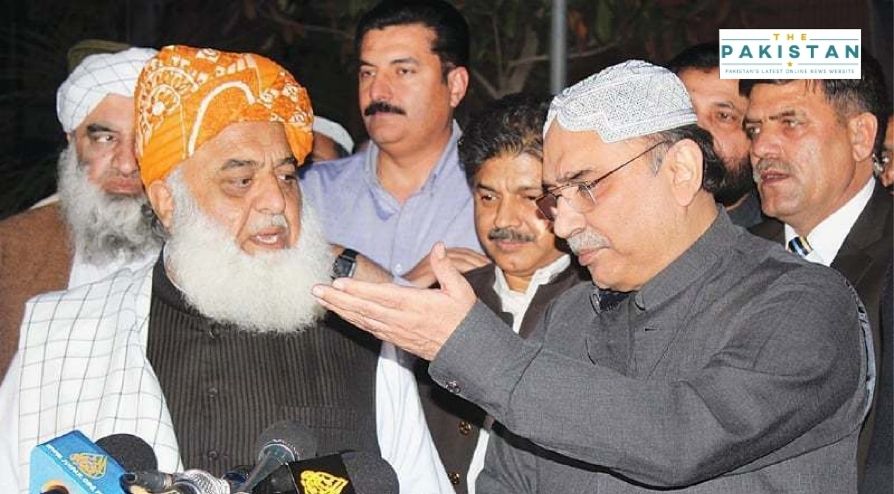 The two leaders discussed the political situation in the country and the future strategy of the Pakistan Democratic Movement (PDM) and how to move forward.

The opposition, under the PDM banner, has launched the second phase with a rally in Mardan.

The JUI-F reiterated his call for the ouster of the PTI government. “We will get rid of this government soon. We have to prepare for the Islamabad long march,” he said.

The PDM has announced the call for the long march and announced a sit-in. The opposition has given an ultimatum to the government to either resign before January 31 or face stern protests from the opposition parties.

The opposition parties including all of the members of the PDM have also mocked the current PTI administration for not doing their homework before taking power.

Prime Minister Imran Khan also said that his government was not prepared and had taken a lot of time to get the hang of things on how the government works.

Alarmingly, the premier even said that the government did not even have correct numbers to begin with and was looking here and there for more than two years.

The opposition parties said that the prime minister’s admission of ineffectiveness clearly shows that the government had no foundation to stand on and was not the right fit for governance.

The opposition also pointed out the rising inflation, worsening economic conditions, and other issues as a direct result of the government’s acute failures to deal with the issues at hand as they did not have the requisite competency to deal with peoples’ issues.