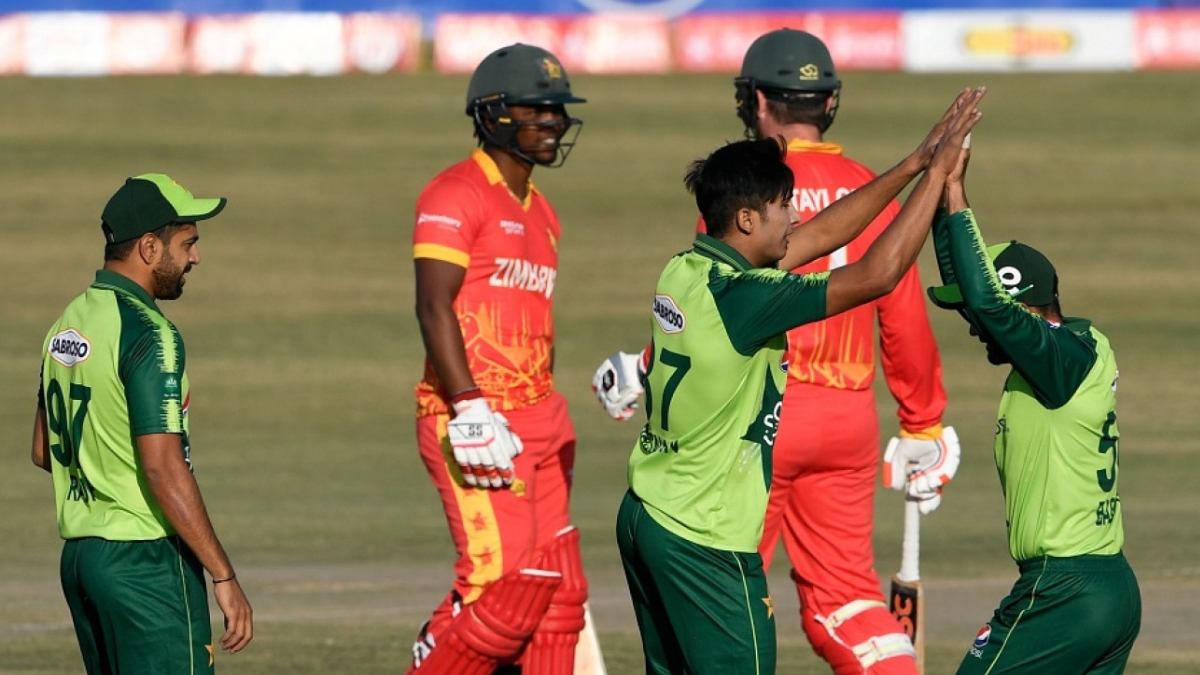 HARARE: The Pakistan cricket team management has decided against playing an experienced squad versus Zimbabwe and will be giving younger players in the squad a chance to prove their talents.

In somewhat a lighter series, the team management is set to adopt a rotation policy.

The series is to commence with a T20 match on April 21 at the Harare Sports Club.

As per details, the pace attack leader Shaheen Shah Afridi will be rested while fast bowler Mohammad Hasnain will be played in every match of the series.

Right-arm quickie Hassan Ali, who has recently gained his lost form, will be rotated whereas Wasim Junior is likely to make his T20 debut.

Due to good performances in the PSL, left-handed batsman Sharjeel Khan will be seen in action during the series, and youngster Danish Aziz will also be given a regular chance. Sources say that wicketkeeper Mohammad Rizwan will be rested for the series.

The Pakistan cricket team has started training for the T20I series on Monday afternoon after the whole squad tested negative for the coronavirus.

The COVID-19 tests were conducted at their arrival from South Africa, where the team stayed in the bio secure bubble continuously.

According to news reports, the team members reached Harare from Johannesburg via a chartered flight.

“All players underwent COVID-19 tests and all results have come back negative. The results were released on Sunday,” said a PCB official accompanying the team.  Pakistani squad is in high spirits due to the 2-1 ODI series win against South Africa and a 3-1 victory in the T20I series.