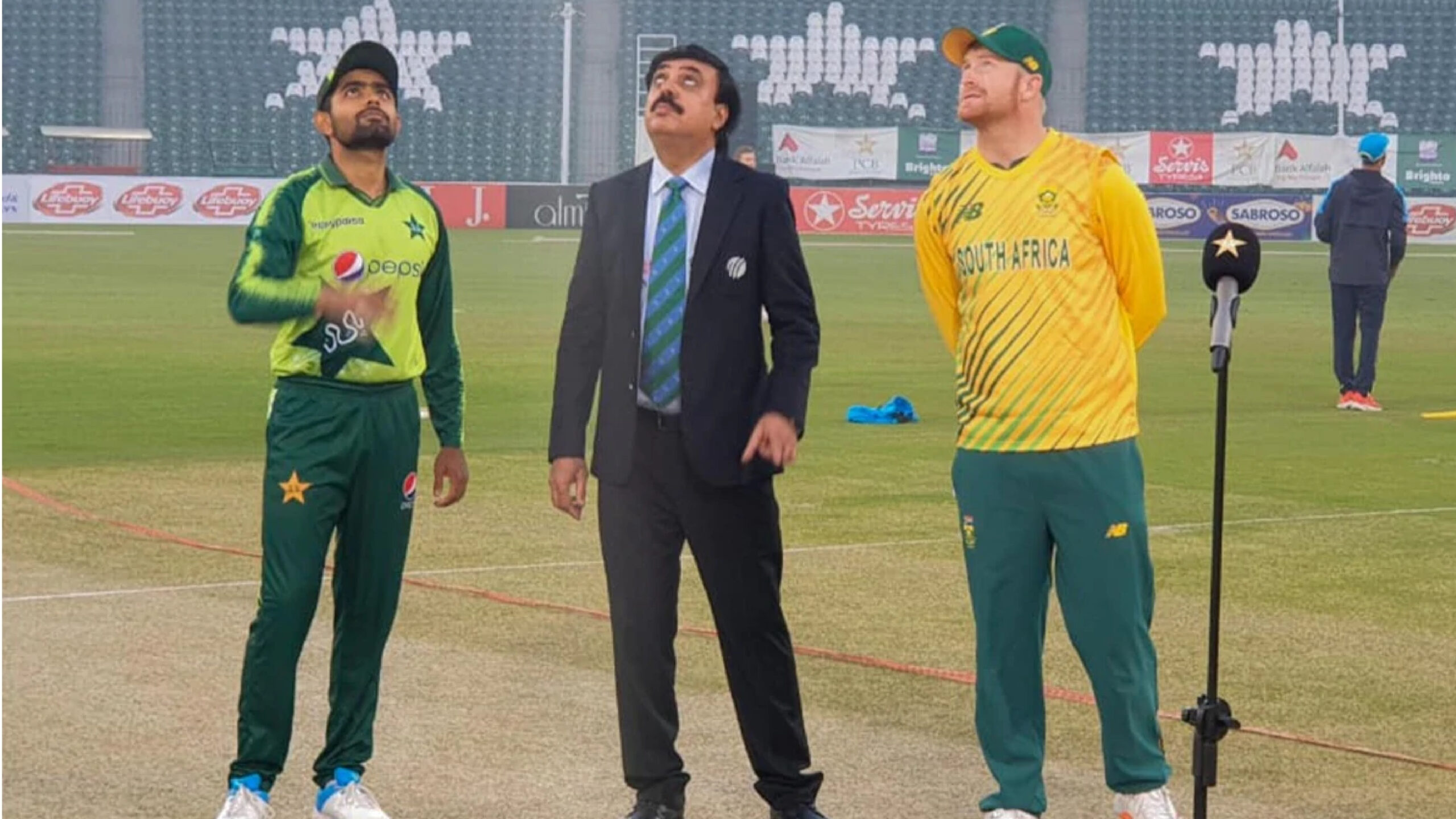 After an impressive performance in the first T20, Pakistan lost the second game to hosts South Africa as the 4-match T20 series was levelled to 1-1 on Friday in Wanderers cricket stadium.

South Africa chased down a below-par score of 140 runs, registering a comprehensive six-wicket win with 36 balls to spare. The off-colour Pakistani bowling attack was hammered all over the park.

Courtesy of George Linde’s amazing bowling performance, picking up the crucial first three wickets of the visitors, the Pakistani side was restricted to 140 runs.

Linde went on to score an unbeaten 20 of 10 balls to help South Africa munch on whatever was left of a small target.

Pakistan didn’t display much of its batting heroics apart from Babar Azam’s half-century and Hafeez’s 50-run partnership with the captain.

Sharjeel Khan was included in the squad as Fakhar Zaman was ruled out due to an injury. Sharjeel, famous for his towering sixes and aggressive batting style, didn’t seem to get a hold of the batting conditions, losing his wicket early on. Star batsman Muhammad Rizwan lost his wicket on the first ball of the match and things didn’t get better ever since.

South Africa started its chase strongly with Aiden Markram and Janneman Malan sharing an opening stand of 44 runs in 27 balls. Pakistan had something to cheer when the South African middle-order wobbled, as they lost four wickets for 48 runs.

Linde and Klaasen stood firm to see their side through against a Pakistan bowling attack that never was able to keep a lid on things. Babar Azam acknowledged that getting early wickets was the key to see their side home but they couldn’t do so. The next two T-20 matches will be played at the SuperSport Park. It is pertinent to mention that Pakistan won both ODIs earlier in the tour.

PPP decides to resign from all posts of PDM