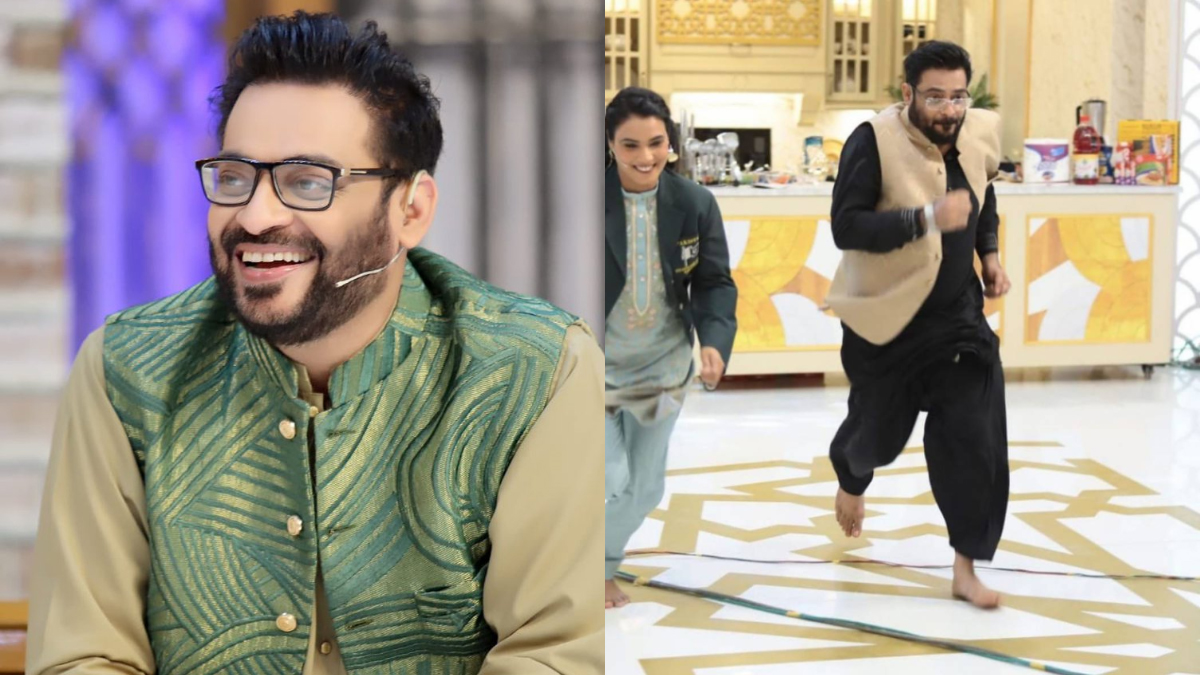 Pakistan politician and popular television show host Aamir Liaquat Hussain has been entertaining the audience with his multiple talents. However, he recently suffered a terrible fall while racing with Pakistan’s leading field athlete Naseem Hameed during the shooting of his Ramadan show.

A video has gone on social media in which he can be seen falling flat on his face while racing Naseem Hameed on the set of the television show. Reportedly, Aamir challenged the gold medal winner track athlete for a 20-meter race on stage. As he races with Naseem Hameed, he can be seen falling on the floor at the end of the video, which has created a frenzy among netizens.

The member of the National Assembly (MNA) is currently hosting the show ‘Piyara Ramazan’ on Express TV.

Another video of the PTI leader surfaced on the internet in which he can be seen grooving on the beat of “Naagin” song on the television game show “Jeeway Pakistan”. Popular television stars Aijaz Aslam and Nadia Khan were invited to participate in the game show and they were all cheered up while watching Aamir’s hilarious dance performance.

As he danced to Nagin beats, the seemingly funniest moment came when he leaned back on the floor and displayed his groovy moves. However, netizens are left divided with Aamir’s performance, as some lauded his comic timing while others criticised him.

Meanwhile, Aamir Liaquat is all set to make his acting debut with a television comedy film about the COVID-19 pandemic. In February 2021, he took to his Instagram account to share some behind-the-scenes pictures from the set of the comedy telefilm “Bas Corona”. As per reports, he is going to play the male lead along with actress Nausheen Shah who will play his wife in the upcoming movie.

Speaking to Dawn, Aamir described the project as an “interesting movie which talks about the private and domestic situation that was created in a home during the COVID-19 pandemic.”