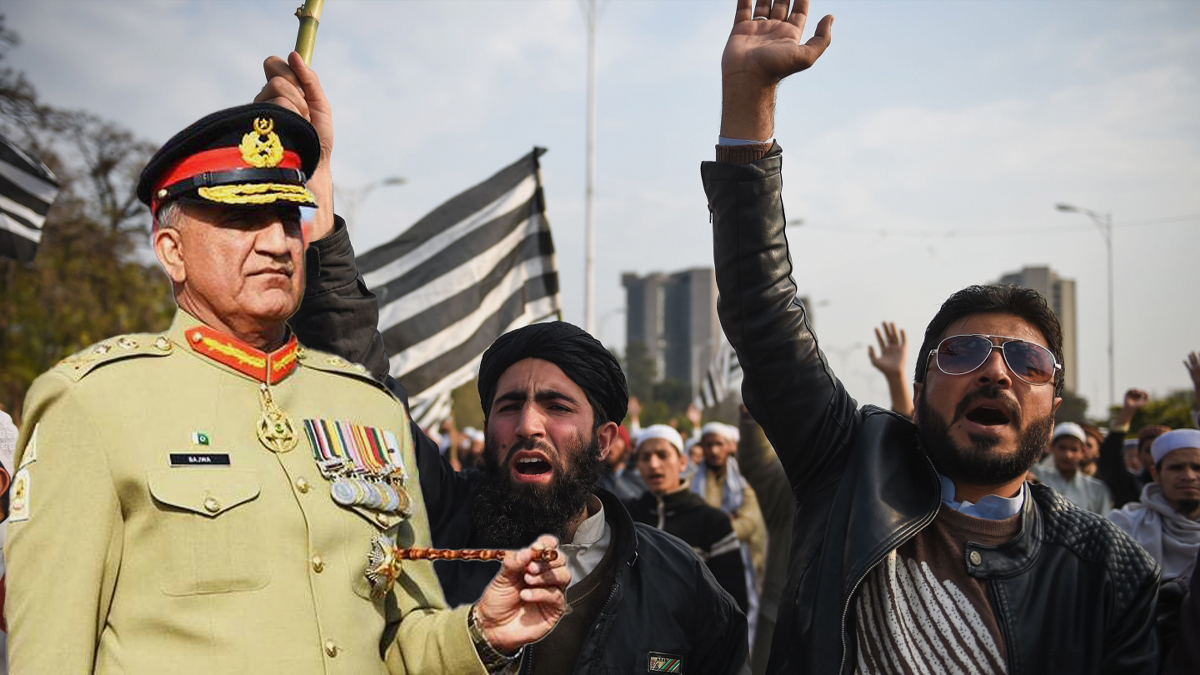 Army Chief General Qamar Javed Bajwa said, on Monday, that no person or group will be given the permission to blackmail the state on the grounds of linguistics, regionalism, ideology or religion.”

“I make it very clear that there is no room for any violent behaviour or extremism in Pakistan,” he said.

Bajwa was addressing a function organised at the GHQ in Rawalpindi on the occasion of Defence Day.

President Arif Ali was the chief guest of the event. All the three service chiefs and several cabinet members were also present.

“Any opponent who wants to fight us will see us ready at every instant and on every front,” he said.

He remarked that Pakistani armed forces were among the world’s best.

“We have fought all our enemies courageously and emerged victorious against all external and internal plots. We have achieved self-sustainability in defence capabilities, and we have made the country’s defence impenetrable,” Bajwa added.

“There is no ounce of doubt that the connection between Pakistan Army and its nation is powerful, and it has always defeated the enemy’s plots – black-handed tactics against Pakistan. I am proud to say that this unity has always made us persevere.”

Gen Bajwa, addressing the ceremony, said protecting the homeland is a sacred duty “which is way dearer to us than life itself”.

“The losses of our martyrs are an expression of the spirit of love for our homeland,” he said.

“Our ancestors lit the candle of freedom with all their sacrifices, faced severe trials from the beginning, be it September 1965, the 1971 war, the Kargil battle or the long-running war on terror.”

He said, “In all these testing times, the forces proved that they know the art of defending the country under every situation and are ready to pay the price for it.”