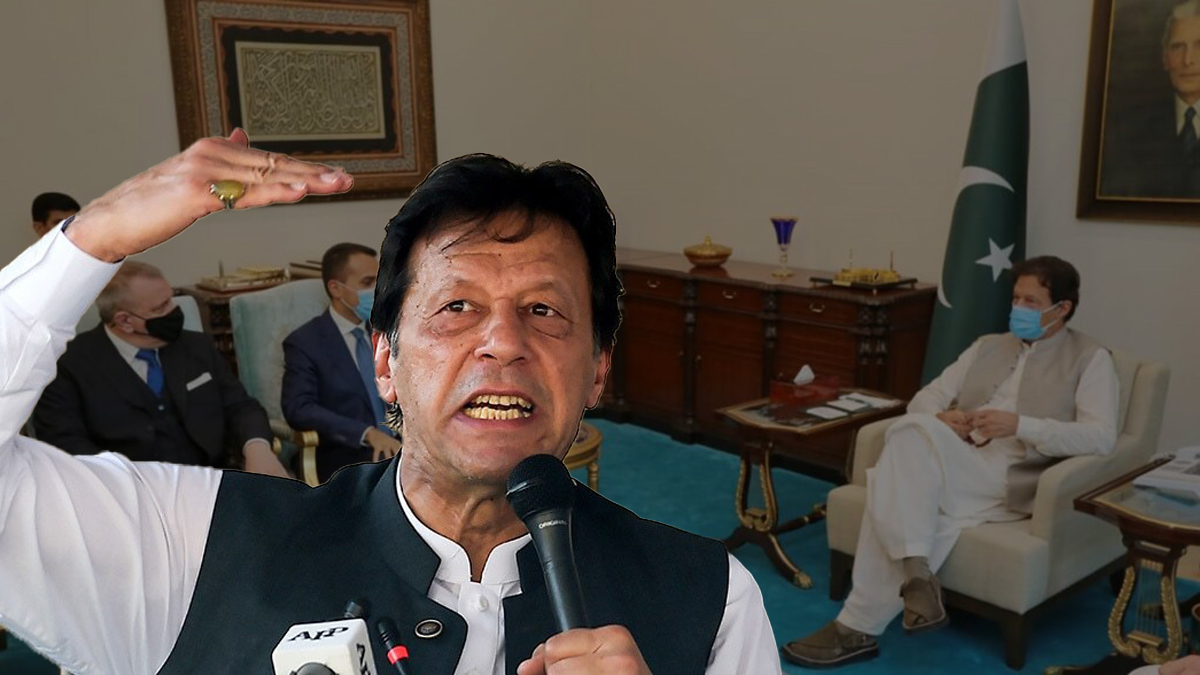 Meanwhile, matters of mutual interest and bilateral relations between Pakistan and Italy were also discussed.

PM Khan said Pakistan had suffered to a great extent due to conflict and instability in Afghanistan.

“In such a scenario, a secure, peaceful, and stable Afghanistan is in the best interest of Pakistan and regional countries,” said the premier.

Khan stressed that the international community should stand in solidarity with the Afghans, undertake positive engagement and ensure incentives for sustainable peace, economic development and stability in the region.

The prime minister said Pakistan had rendered many sacrifices in its war against terror and was focusing on economic development now.

Khan said preventing humanitarian crises and maintaining the economy were the most urgent of all priorities.

In the bilateral context, Imran Khan said Italy was a vital partner for Pakistan and emphasised the importance of enhanced collaboration in areas of trade, defence, investments, and people-to-people contacts.

He highlighted that the Pakistani diaspora in Italy constituted a strong link between the two countries.

The Italian foreign minister also conveyed an invitation to the prime minister to visit Italy.

During the meeting, regional security, matters of mutual interest, the situation in Afghanistan and collaboration in humanitarian aid for Afghanistan were discussed. Bajwa said Pakistan values its association with Italy and looks forward to enhancing mutually beneficial relations based on common interests.