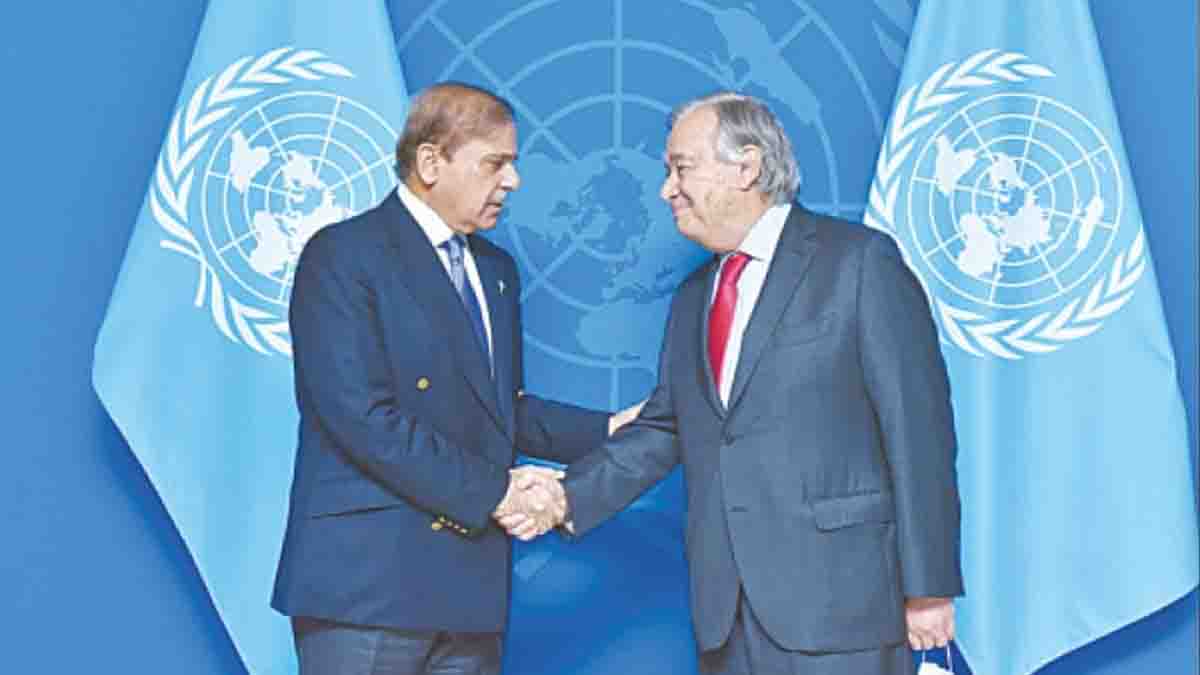 In order to gather money for Pakistan’s flood victims, UN Secretary-General Antonio Guterres has informed Prime Minister Shehbaz Sharif that he intends to convene a donors’ meeting either in New York or elsewhere in Europe.

While speaking to the media at a Pakistan-sponsored display of photos from the flood-affected areas at the UN headquarters in New York, the prime minister made this revelation.

Although the scheduled donors’ conference’s date had not yet been decided, the prime minister promised that “it will be held soon.”

In an emergency financing plea on August 30, the UN and Pakistan requested $160 million for flood victims. However, UN officials revealed earlier this month that they had only received one-fourth of that sum.

The Conference of Donors

The conference of donors would support attempts to raise money for the victims.

When he addresses the 77th session of the UN General Assembly on September 23, the prime minister promised to represent the voices of the flood victims to the rest of the world.

In his speech to a group of world leaders on Friday at the UN headquarters in New York, Mr. Sharif makes his debut on the international scene. He will likely draw attention to the enormous destruction brought on by fatal floods brought on by climate change and will make a request for international assistance to deal with the calamity.

The prime minister opened an exhibit of photographs from flood-affected areas on Thursday at the UN Secretariat Lobby. The display also featured videos that showed the flood devastation from diverse perspectives.

After officially opening the exhibition, Mr. Sharif spoke with the media and vowed to “come forward” and support Pakistan in “handling this calamity.”

The floods, according to one estimate, cost the national economy at least $30 billion, the prime minister claimed. Antonio Guterres, the UN secretary general, “has become our voice,” he claimed. I saw him today and thanked him for bringing the plight of Pakistan’s flood victims to the attention of the world, he added.