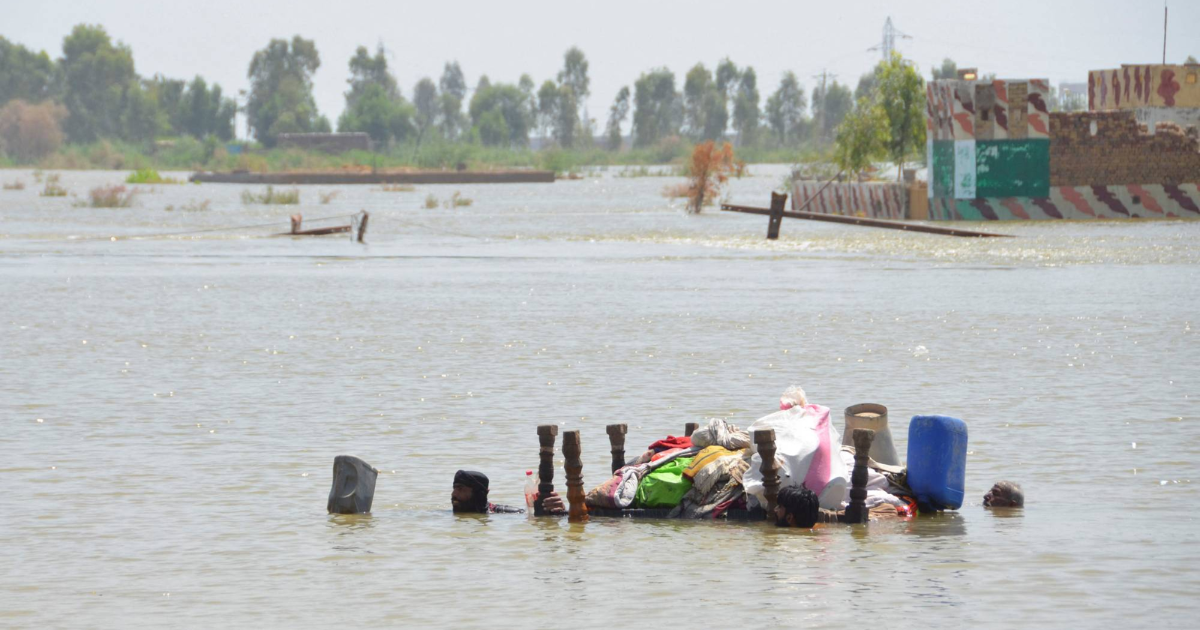 Effects of this Season’s Unprecedented Floods

US President Joe Biden made a passionate appeal to the world to assist Pakistan deal with the devastation of the recent floods in his speech to the UN General Assembly (UNGA) on Wednesday, as Prime Minister Shehbaz Sharif urged the international community to stay engaged with Islamabad as it struggles to recover from the devastating effects of this season’s unprecedented floods.

Additionally, the US president urged action to address the climate change catastrophe and unveiled a $2.9 billion fund to help life-saving humanitarian aid and food security assistance globally for this year only. Additionally, Mr. Biden advised “transparently settling” the debts of weaker countries to prevent global economic and political catastrophes.

US President Highlighted the Effects

The US president highlighted the effects of the changing climate on the world by stating that “Much of Pakistan is still under water and requires help.”

“Families must make difficult decisions about which child to feed while also worrying about their survival, he said. The human cost of climate change is as follows. And instead of decreasing, it’s rising.”

UN Secretary-General Antonio Guterres pleaded with world leaders to support Pakistan in paying off its debts on Tuesday.

Consider alternate ways to assist developing countries rather than infrastructure projects, he advised, which “create big and large debt without delivering on the promise advantages.”

Let’s fund high-quality projects that uphold worker and environmental rights and are focused on meeting the needs of the communities they serve rather than the contributors in order to satisfy the vast infrastructure requirements around the world.

On the second day of his four-day trip to New York to attend the 77th UN General Assembly, Mr. Sharif spoke with world leaders and expressed his concerns about the flood’s impact. This includes Kristalina Georgieva, managing director of the International Monetary Fund (IMF). The Fund’s “continuing assistance” for Pakistan’s initiatives to reconstruct its economy was the main topic of discussion.

After that, PM Shehbaz met with John Kerry, the US Special Presidential Envoy for Climate Change, and used the occasion to express Pakistan’s “thanks for immediate US help in the wake of the disastrous floods in Pakistan,” according to an official release.

In solidarity with the people and government of Pakistan, Special Envoy Kerry emphasised the US administration’s ongoing assistance in dealing with the floods. He declared that the US was prepared to work with Pakistan to create a strong infrastructure and would aid Islamabad in its efforts to prevent similar disasters in the future.