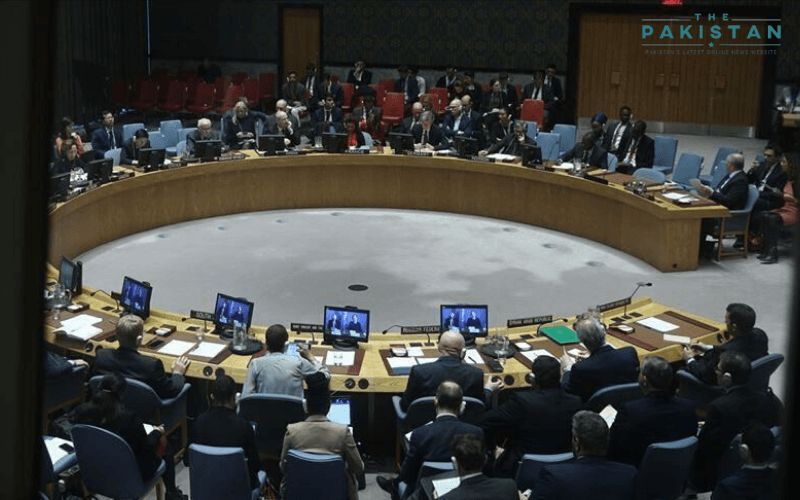 The United Nations Security Council on Thursday condemned the terror attack on the Pakistan stock exchange on Monday which killed four security personnel.

“The members of the Security Council condemned in the strongest terms the heinous and cowardly terrorist attack that took place in Karachi, Pakistan, on June 29 2020, which resulted in several people killed,” the UN agency said in a press release issued on Thursday.

“The members of the Security Council expressed their deepest sympathy and condolences to the families of the victims and to the Government of Pakistan and they wished a speedy and full recovery to those who were injured.”

The members said that terrorism in all its forms and manifestations constitutes one of the most serious threats to international peace and security.

The council members underlined the need to bring perpetrators, organisers, financiers and sponsors of these reprehensible acts of terrorism to justice and urged all states, in accordance with their obligations under international law and relevant Security Council resolutions, to cooperate actively with Pakistan and all other relevant authorities in this regard.

The statement was prepared by China to show it support for Pakistan in its fight against terrorism.

Meanwhile, reports said that India had apparently tried to block the issuance of statement but the move was thwarted by other security council members

Terrorists belonging to the Balochistan Liberation Army stormed into the PSX compound on Monday with a large cache of high tech weapons, grenades and explosive materials. The terrorists were also carrying a large amount of food supplies with them as they were planning to siege the building and take hostages.

However, the country’s law enforcement agencies thwarted the attempt within a matter of eight minutes but lost four personnel in the process.

Despite a clear cut attempt on the country’s economic nerve centre, located in the financial district of the metropolitan city of Karachi, the stock market remained unfazed.

Prime Minister Imran Khan blamed India for the attack. He said the RAW intelligence agency of India had financed and armed the terrorists, who belonged to Afghanistan, to carry out the attack.