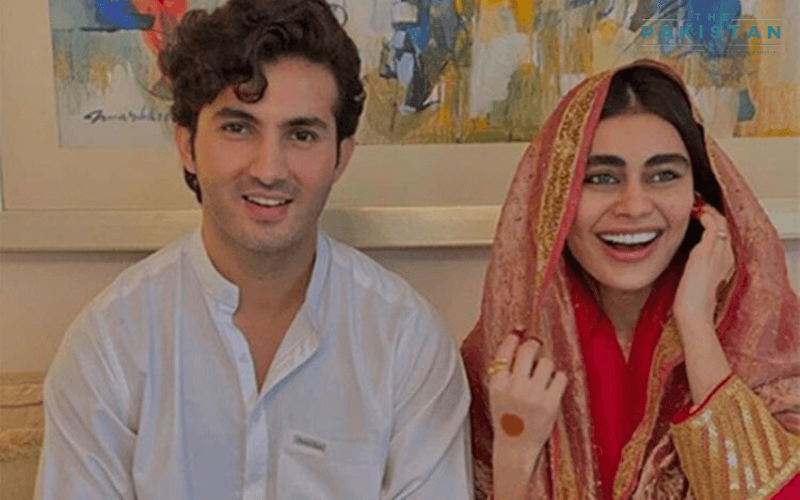 Shahroz Sabzwari and his wife Sadaf will now be seen together in a new telefilm “Na Ghar Ke Na Ghat Ke”, the shooting for which has already begun.

The show is produced by TNI productions and will air on ARY. The telefilm features actors like Jawed Shaikh, Uroosa Siddiqui, Ahmed Hassan, Zhalay Sarhadi and others in supporting roles.

Speaking to a local news publication, Shahroz said the comfort level between the newly-wed couple is “very good”.

He said “I love it, I’ve always loved working with her. This is the second time we’re working together. The first time was in Norway, Oslo. She’s a thorough professional, I must say. We come together, but as soon as we enter the set, the professionalism we bring on set makes it easier for everyone else too.”

The couple was all over the news last month after Shahroz ended his seven-year long marriage to Syra to marry Sadaf Kanwal.

The two, in a statement said, “Today on account of irreconcilable differences, we have decided to end our marriage. Our only hope at what is a difficult time for each of us is that we can continue to be the best parents possible for our daughter.”

“We hope that she will continue to enjoy and reciprocate the love and respect to which she and both her parents are entitled to,” said the actors while talking about their daughter Nooreh.

The separation led to a number of conspiracy theories on social media as many users blamed Sadaf Kanwal for ending their marriage. The trolls took a dark turn when Shahroz and Kanwal shared their nikah pictures on social media.

The trolls began a hate campaign against both Shahroz and Sadaf, calling her a homewrecker. Many social media users also made fun of her appearance and looks.

Memes were criticised by media personalities for interfering in the personal lives of the actors.