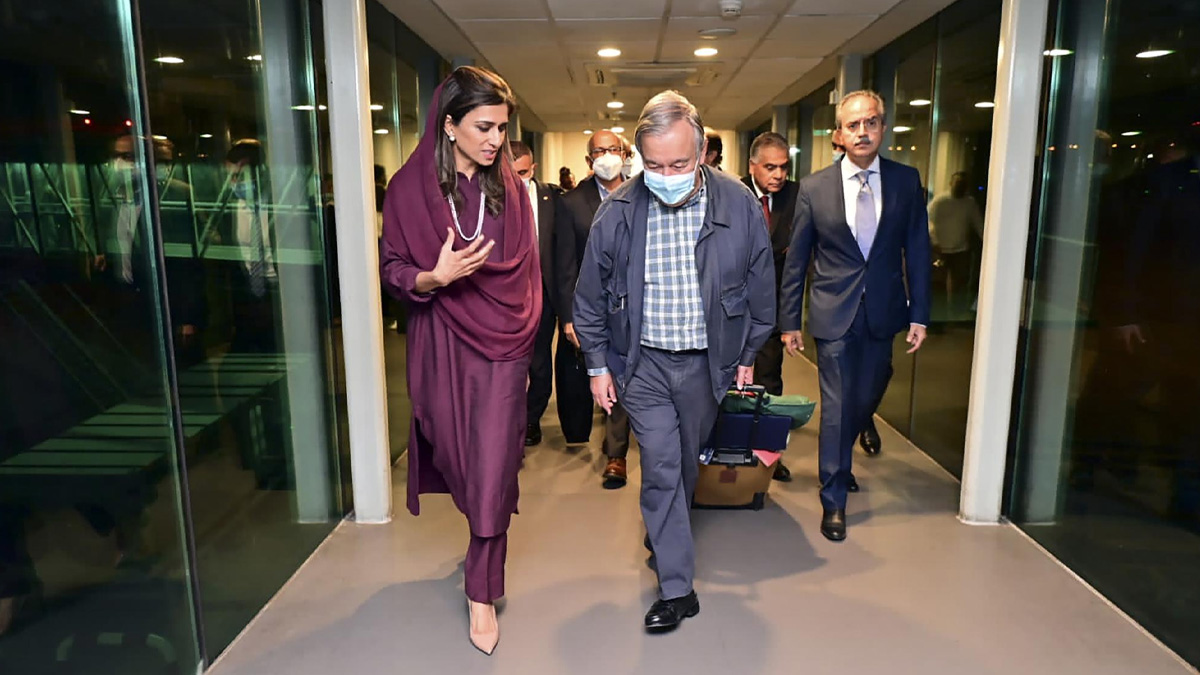 During his two-day visit to Pakistan, UN Secretary-General Antonio Guterres will stress the need for swift action to address the climate change problem and appeal for the generous assistance of the international community for the nation ravaged by terrible floods.

After midnight on Friday, Mr. Guterres arrived in Islamabad.

Soon after the $160 million UN Flash Appeal for aiding those most impacted by the floods brought on by what he called “monsoon on steroids,” the secretary general made plans to visit Pakistan in solidarity known. The 77th session of the UN General Assembly begins on September 13 in New York, where he will return on September 11.

The secretary general will meet with Prime Minister Shehbaz Sharif, visit the National Flood Response and Coordination Centre (NFRCC), participate in a joint press conference with the prime minister, speak with the foreign minister, and engage in other engagements all related to the flood response, according to Foreign Office Spokesperson Asim Iftikhar, who spoke at the weekly media briefing on Thursday.

In addition, Mr. Guterres will travel to the flood-prone regions of Balochistan and Sindh, where he will meet first responders and speak with flood victims.

According to Mr. Iftikhar, the Pakistani government planned to use the secretary general’s visit to raise awareness of the country’s enormous need for reconstruction and rehabilitation throughout the world.

He added, “In this context, the secretary general will also promote awareness about the connections between such catastrophic disasters and the terrifying consequences of climate change.”

Islamabad has been pleading with the wealthy nations to assist Pakistan and other developing nations dealing with the effects of climate change as a result of their significant greenhouse gas emissions that contributed to global warming. Rich nations have typically been hesitant to cover the cost of climate loss.