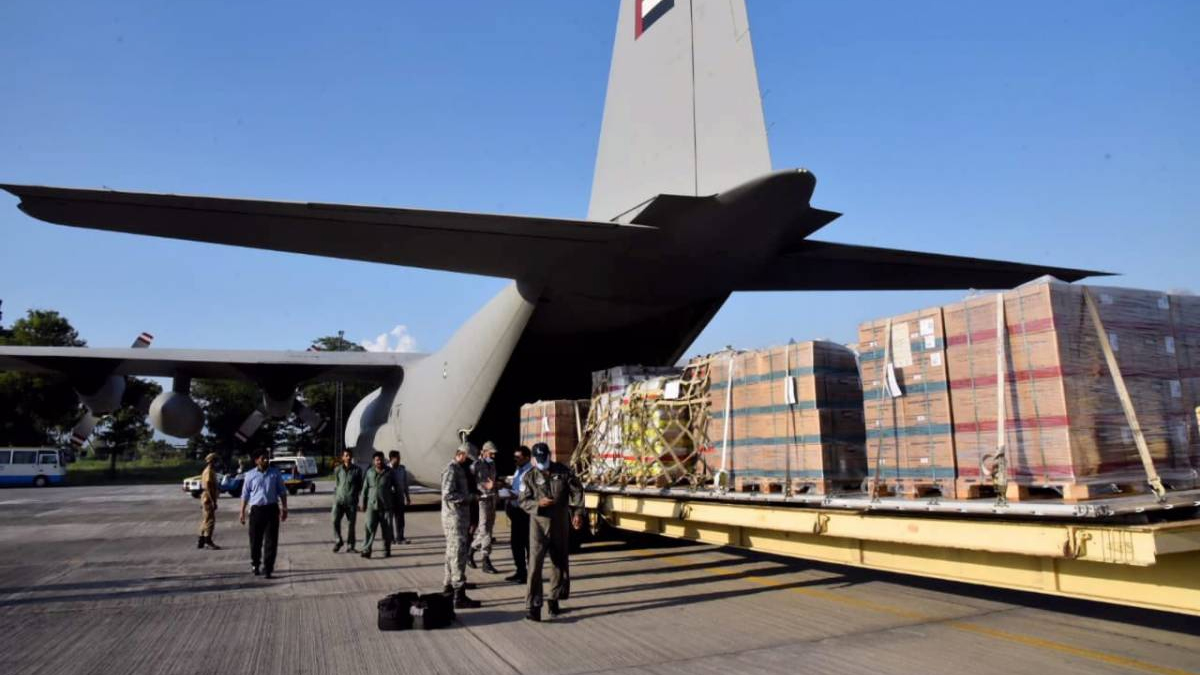 The United Arab Emirates (UAE) Ministry of Defence, which is represented by the Joint Operations Command, has started operating an air bridge to send humanitarian aid to Pakistan.

The UAE aims to contribute to supporting efforts to alleviate the suffering of the flood-affected people.

The relief aid, as per various media reports, includes humanitarian needs, food,  shelter materials, and medical parcels for those impacted by torrential rains and floods.

The air bridge operation has been carried out on the special directives of President His Highness Sheikh Mohamed bin Zayed Al Nahyan. The President has, time and again, expressed willingness to provide all sorts of support to the friendly people of Pakistan due to the havoc wreaked by recent floods.

UAE Ambassador to Pakistan Hamad Obaid Ibrahim Salem Al Zaabi said that the first Emirati relief aid plane flew to Pakistan this morning, which is to be followed by numerous other aid planes over the coming days to cater for  the required support.

The UAE has helped Pakistan during the past few years to lessen the severity of numerous humanitarian crises, particularly those related to natural catastrophes, he continued, and this action shows the strength of relations between the two nations.

Based on the worldwide humanitarian role of the UAE, whose values were established by the late Sheikh Zayed bin Sultan Al Nahyan, Al Zaabi emphasised that Emirati solidarity extends to giving a helping hand to all impacted populations around the world.