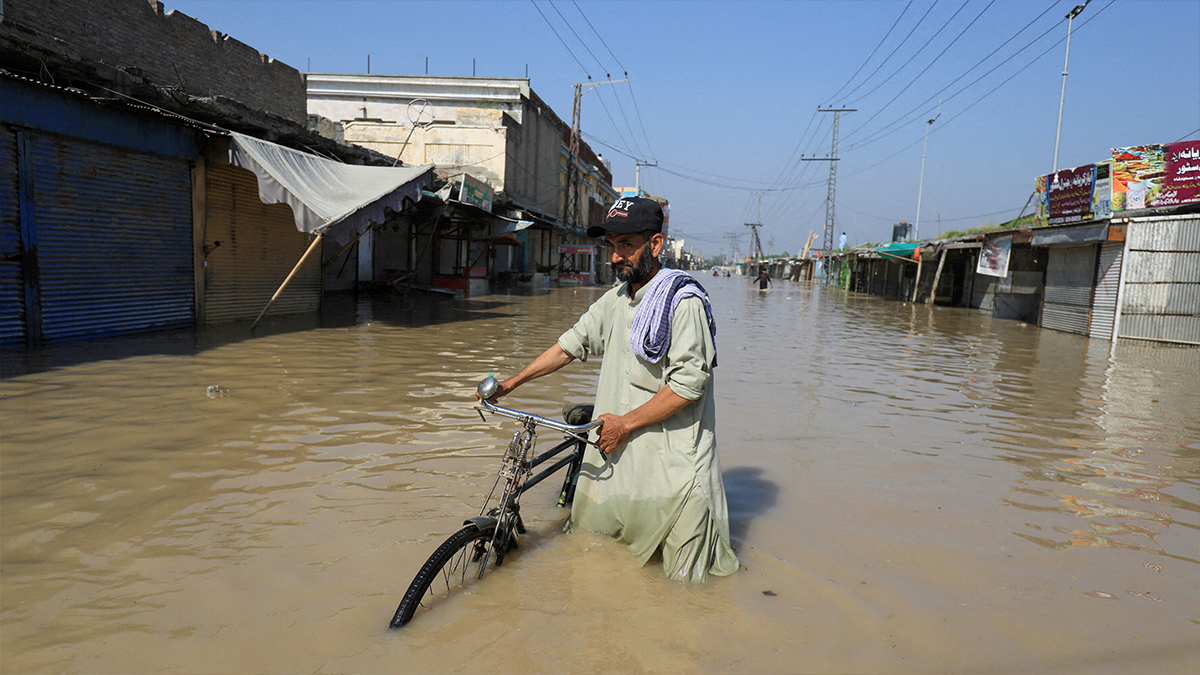 The flooding brought on by unprecedented monsoon rains swept nearly a third of the country, prompting the ruling alliance to hold hasty discussions on Monday to develop comprehensive plans for the relief and rehabilitation of millions of flood victims as well as to develop a plan for dealing with natural disasters of this scale in the future.

The meeting, presided over by Prime Minister Shehbaz Sharif, also decided to establish a National Flood Response and Coordination Center, which will include federal ministers, military representatives, chief ministers, and specialists, to offer an appropriate institutional response to the disaster.

Additionally, it was decided to remove all unauthorised structures from the banks of rivers and other waterways.

The PM Office stated in a series of tweets following the meeting that the Center would act as a link between government agencies, donors, and disaster management organisations.

The most recent data will be gathered, analysed, and forwarded to the appropriate government agencies. Additionally, it will supervise relief efforts and infrastructure rehabilitation.

PM Shehbaz had earlier promised to provide Rs25,000 to each family affected by the disaster during a visit to the Khyber Pakhtunkhwa province’s Charsadda and Nowshera flood-hit areas, stating the money would be distributed by September 3.

The prime minister met with the affected families while visiting the relief camps set up at the Charsadda Agra Union Council and the Abdul Wali Khan Sports Complex.

Reporters were informed by the PM that Rs. 1 million would be given to the families of flood victims.

The prime minister was also briefed by QWP chairman Aftab Ahmad Khan Sherpao and JUI (F) district emir Maulana Gohar Shah on the reconstruction of the Munda headworks and initiatives to assist the flood-affected population.

PriceOye Raises $7.9 Million in Seed Round