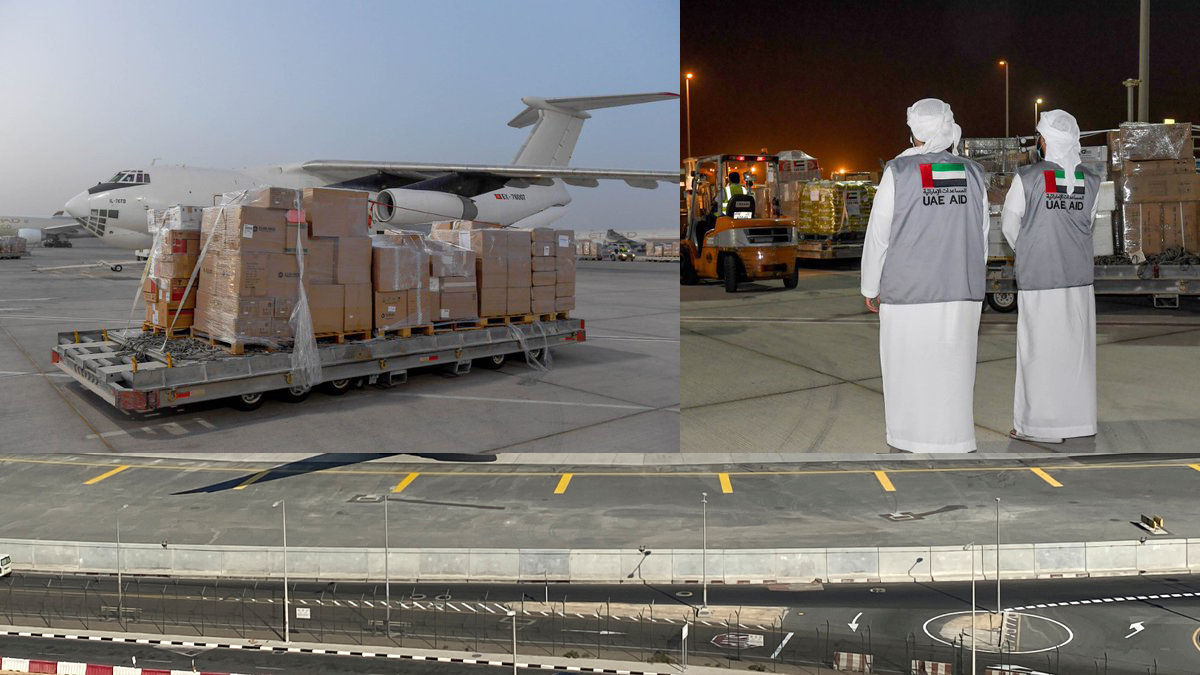 It has been about three weeks since the Taliban’s takeover of Kabul.

Wam said UAE has pledged to provide all sorts of support to brotherly Afghan people in the wake of the current crisis, and this assistance comes within that framework.

The UAE foreign ministry also confirmed that this was the first (Emirati) aid flight since the recent events in the war-torn country.

The UAE is one of the many Gulf states that have been helpful in staging posts for evacuation flights for the Afghans and foreigners, along with Kuwait, Qatar, and Bahrain.

It merits a mention that the UAE’s assistance hasn’t been limited to humanitarian aid only. Under the directives of Sheikh Mohamed bin Zayed Al Nahyan, the UAE has hosted thousands of Afghan families, in addition to taking all actions to provide them with the essentials of a decent life.

Taliban marked with gunfire, on Tuesday, a celebration of the last US forces abandoning Kabul – closing a frenzied airlift operation that led to the fleeing of 123,000 foreign and Afghan nationals.

After signing a deal with the Taliban, the US withdrew after the latter pledged not to allow Afghan soil for further attacks against the West. Qatar – the Gulf nation which hosts the Taliban’s political office – had been the venue for the talks between the Taliban and the US.

The United States attacked Afghanistan and toppled its Taliban government in 2001 after the 9/11 attacks by Al-Qaeda – which had a safe haven in the country.

Qatar said, on Thursday, that it was working with the Taliban leaders to reopen the Kabul airport, which got damaged during the evacuation exercise carried out by the Western countries.

Western capitals are afraid that Afghanistan has the potency to become a haven for extremists – still bent on attacking them.