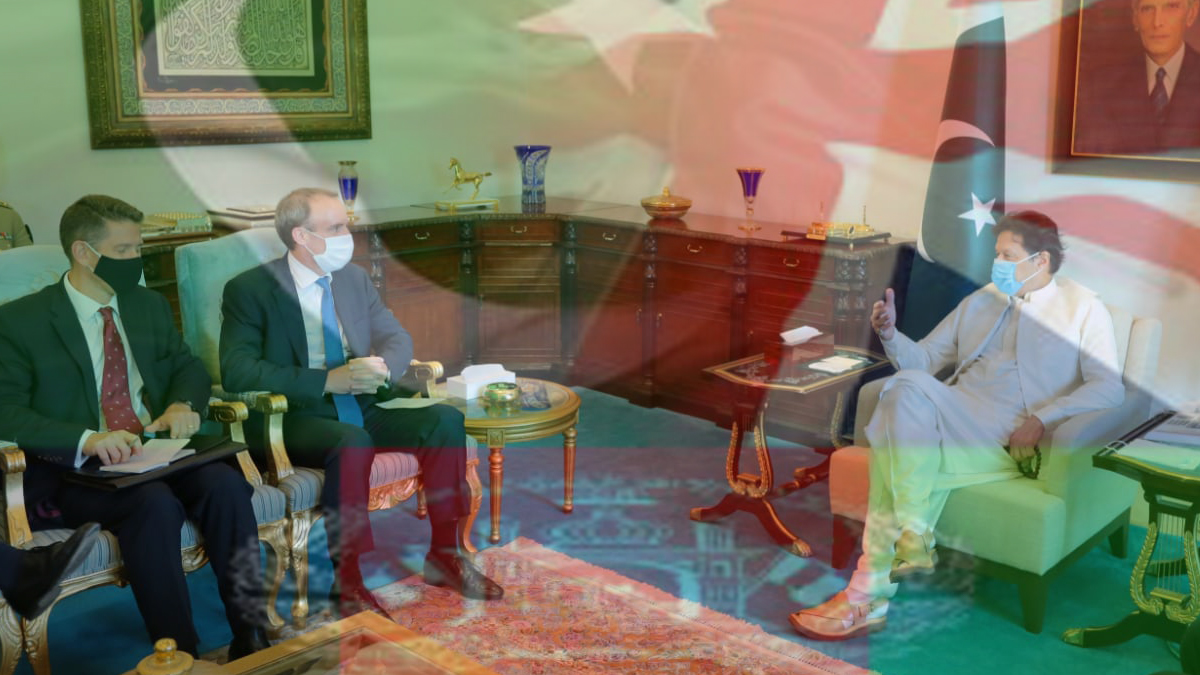 Prime Minister Imran Khan has urged the international community to stand in solidarity with the Afghans and undertake a positive engagement to create incentives for ensuring a stable, peaceful, and inclusive polity.

His remarks came during a meeting with British Foreign Secretary Dominic Raab – as the latter called upon him in Islamabad.

Khan cautioned against the role of “spoilers”, which could destabilise the situation, both inside and outside Afghanistan.

While discussing the bilateral relations of Pakistan and the UK, PM Khan noted that the two sides had “strong people-to-people ties” that signified the long-standing relationship between the two sides.

The Prime Minister expressed concerns about Pakistan being on the UK’s travel red list, which has been a cause of inconvenience to individuals having nationalities of both countries.

Furthermore, PM Imran Khan sensitised the UK side on the human rights violations in the Indian Illegally Occupied Jammu and Kashmir (IIOJK), including the inhuman snatching away of the mortal remains of the veteran Kashmir leader, Syed Ali Geelani.

The Prime Minister emphasised the importance of a secure, peaceful, and stable Afghanistan for Pakistan and regional stability.

Matters relating to climate change, stability, peace in the sub-continent, and international geopolitical situations were also reviewed in the meeting.

The UK foreign secretary met Foreign Minister Shah Mahmood Qureshi and vowed that Pakistan and Britain would “work together closely” on the Afghan issue.

“Pakistan is an important partner for the UK, and today FM Shah Mahmood Qureshi and I convened over how to ensure safe passage out of Afghanistan and the value of a coordinated international response,” said Raab.

Earlier in the day, he held a joint press conference with FM Qureshi, where he indicated the UK’s intent to coordinate with the Taliban government in Afghanistan,

Raab reached Islamabad Thursday night for a two-day visit to review bilateral ties and the situation in Afghanistan.