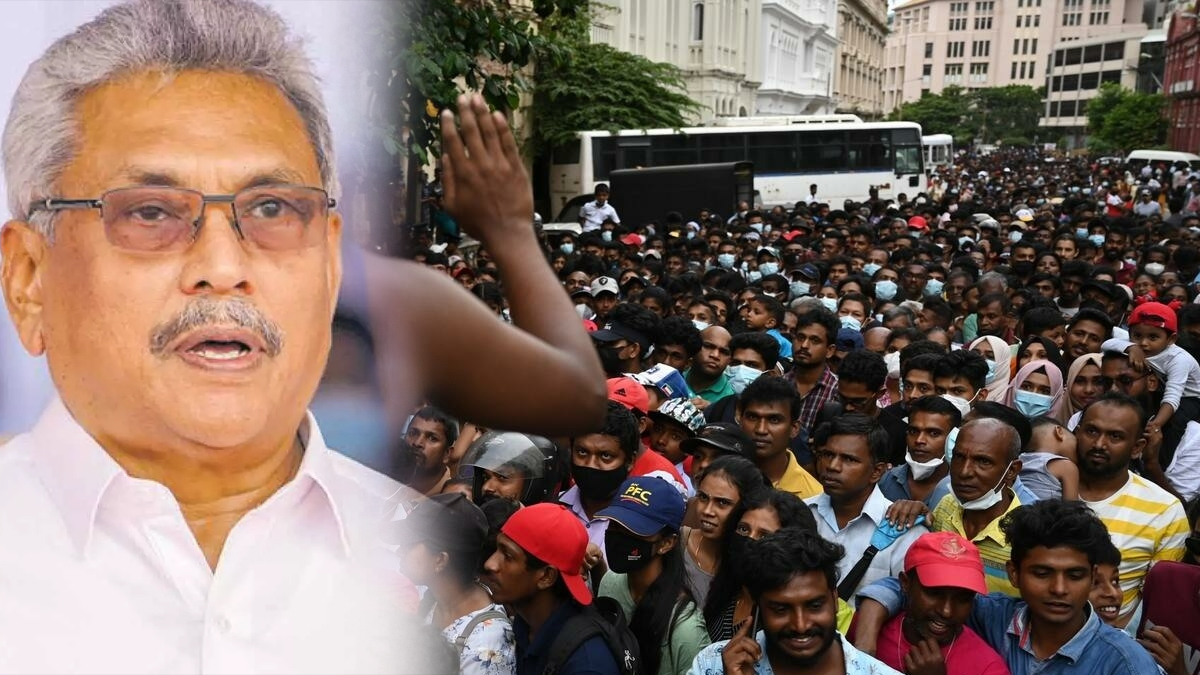 in a humiliating standoff with airport immigration personnel preventing his escape to safety overseas, according to official sources.

Gotabaya Rajapaksa has offered to step down on Wednesday in order to allow for a “peaceful transition of power” in response to widespread demonstrations against him over the unheard-of economic crisis facing the nation.

The 73-year-old president wanted to go to Dubai, according to officials, so he left his official mansion in Colombo shortly before tens of thousands of demonstrators stormed it on Saturday.

Rajapaksa is said to want to leave the country before resigning in order to avoid the risk of being arrested because he is immune from arrest in his capacity as president.

However, immigration officials were refusing to stamp his passport in the VIP suite while he said he would not use the public restrooms out of fear of retaliation from other airport travellers.

After missing four planes that could have brought them to the United Arab Emirates, the president and his wife spent the night at a military base close to the main international airport.

Basil Rajapaksa, the youngest brother of Rajapaksa and the former finance minister who quit in April, missed his own early-morning Tuesday Emirates flight to Dubai due to a similar altercation with airport employees.

The airport and immigration employees informed Basil that they were discontinuing the fast-track service with immediate effect when he attempted to use the paid concierge service for business passengers.

An airport representative told AFP that “several other passengers objected against Basil boarding their flight.” “He hastily departed the airport because it was a difficult scene.”

Basil, a dual citizen of the US and the UK, was forced to get a new passport after abandoning his at the presidential palace on Saturday as the Rajapaksas fled quickly to escape rioters, a diplomatic source said.

According to official reports, 17.85 million rupees in cash and a suitcase packed with documents were also left behind at the regal home. These items are currently in the possession of a Colombo court.

He was still the commander-in-chief of the armed forces and had access to military resources, but the president’s administration had not made any official announcement concerning his whereabouts.