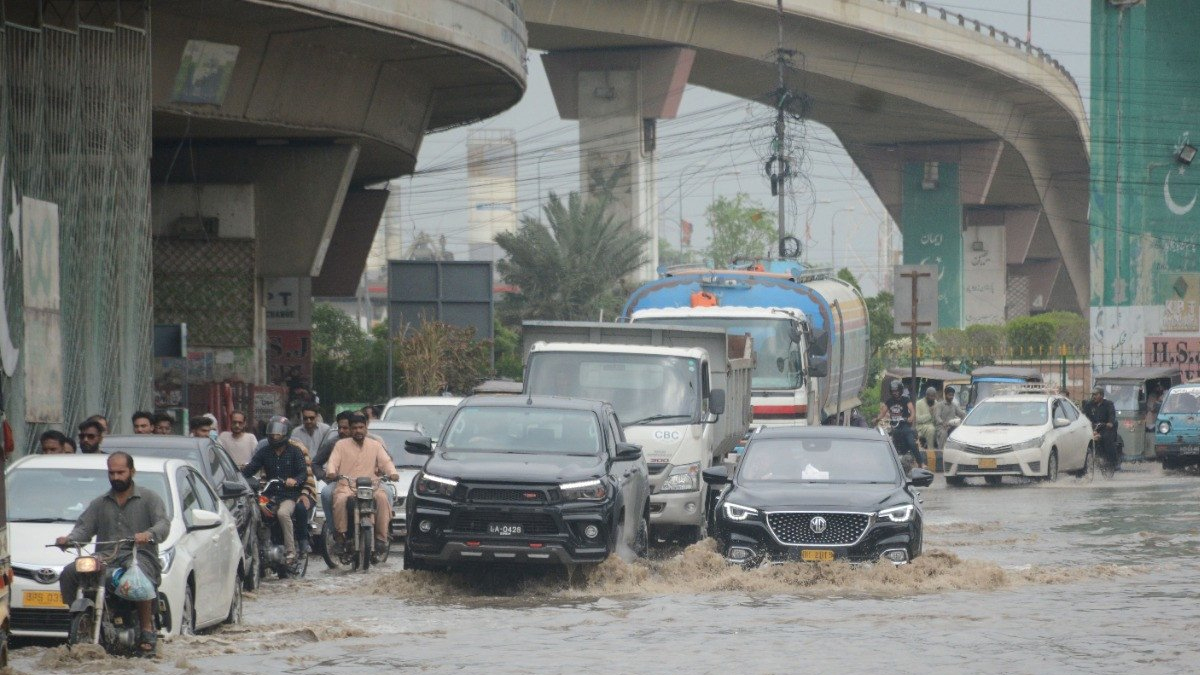 After merciless monsoon showers tore through Karachi and other areas of the province on Monday, at least 26 people died in rain-related events across Sindh, according to the Sindh Provincial Disaster Management Authority (PDMA).

Radio Pakistan said that 14 persons died in Karachi, nine died in Thatta, two drowned in Khairpur, and one perished in Sukkur.

The Sindh government declared a rain emergency in Karachi yesterday after numerous neighbourhoods and major routes were inundated. Nullahs flooded into homes in Korangi and Orangi Town. Some of the routes that were covered with waist-high water and left motorists and passengers stranded for hours included II Chundrigar Road, University Road, NIPA Chowrangi, DHA, Sharae Faisal, and Qayyumabad Chorangi.

Long power outages that lasted longer than 36 hours were a complaint from the locals.

Administrator Murtaza Wahab tweeted early on Tuesday that the situation at the II Chundrigar Road had eased after the city nullah’s water level dropped.

Later, he said that traffic had also been opened up on University Road.

He reassured that the water will soon be emptied out and mentioned that teams had been stationed throughout the city. Wahab continued, “Chief Minister Sindh and Chairman Bilawal Bhutto Zardari have issued special orders and instructed ministers to supervise the work directly.”

Shehroze Kashif Reveals How He Survived a Night on Nanga Parbat