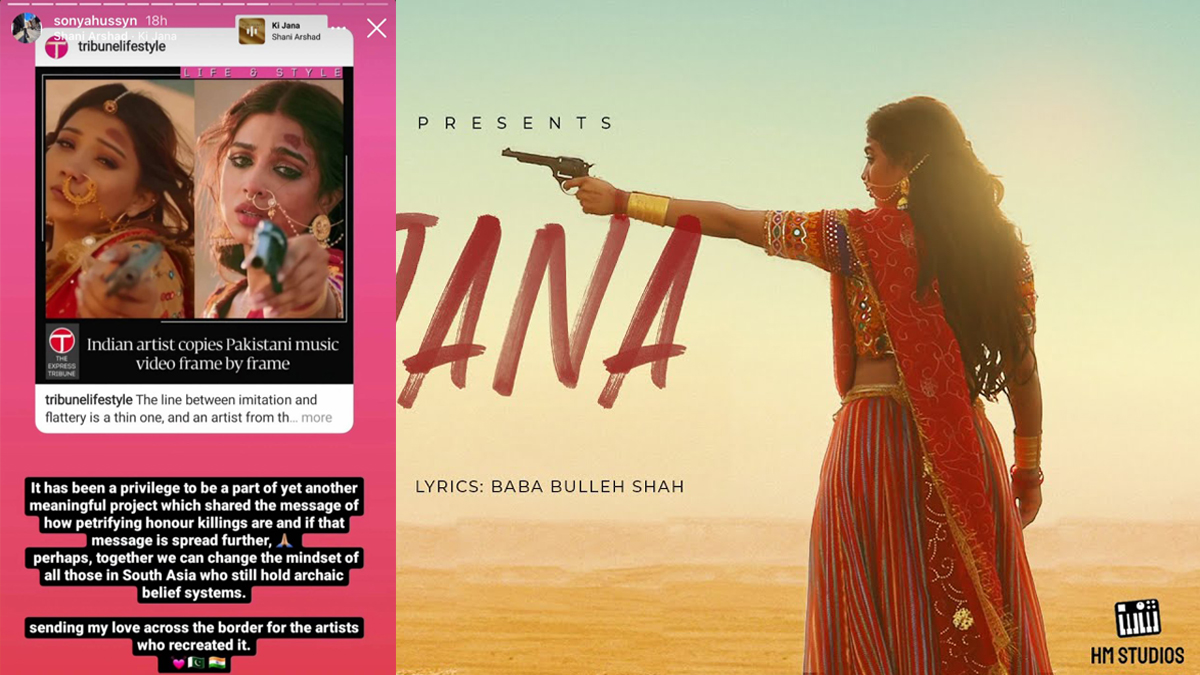 Pakistani actress Sonya Hussyn has sent a message of love across the border to the Indian artists who plagiarised the music video of her song ‘Ki Jana’.

Hussyn’s graceful response to Indian artists may not be what people would have expected.

She took Mood Happy as a “recreation” of her song, Ki Jana, and said: “Sending my love to India for the artists who recreated it.”

The music video was reproduced by Indian artist Brham for the Punjabi song, Mood Happy, released on September 4.

Nabeel Qureshi laughed it off in his Instagram stories. However, Hussyn took the opportunity to mark out an important message through the two music videos.

The Ishq Zahenaseeb actress, sharing the screenshot of Mood Happy, said: “It has been a total privilege to be a part of yet another significant project which shared the message of how horrifying honour killings are”.

It is pertinent to mention that both songs follow the painful story of a man and a woman falling in love against the desires of their families and ending up being killed.

Hussyn believes that if artists send out messages of positivity through purposeful content, they could be able to break the mindset of “those in South Asia who hold archaic beliefs”.

As per The Guardian’s report, over 1,500 honour killings happened in Pakistan between 2016 and 2018. Moreover, figures from the Human Rights Commission reveal that 1,276 murders happened across a two-year period starting from February 2014. However, only 400 of the aforementioned total were registered by the police.